Mall plotters believed they were reincarnations of Columbine shooters: report 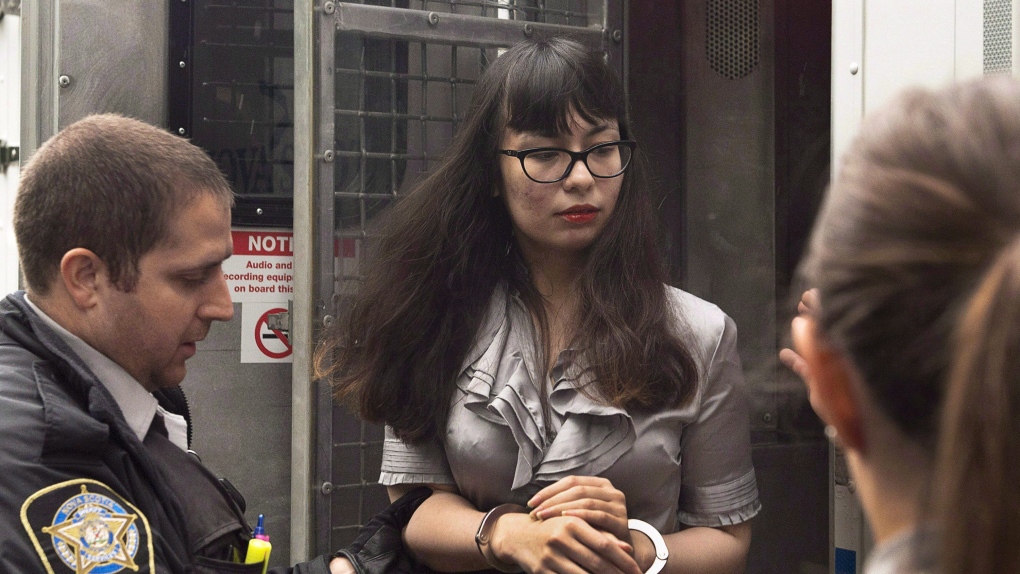 HALIFAX -- They weren't just inspired by the Columbine shooters -- two teenage gunmen with a mission to kill students and teachers at a suburban high school in Littleton, Colo.

Lindsay Souvannarath and James Gamble thought they were them.

Hundreds of messages between the co-conspirators plotting to terrorize a Halifax mall show "they believe they are reincarnations of Eric Harris and Dylan Klebold," the lead investigator of the 1999 Columbine High School shooting says in a newly-released report.

Kate Battan was contacted by a senior Crown attorney with Nova Scotia's public prosecution service last year. She was asked to examine the online conversations between Souvannarath and Gamble to determine if there were similarities between their plan to go on a shooting rampage at the Halifax Shopping Centre with the Columbine massacre.

Her report, released this week at Souvannarath's sentencing hearing, draws dozens of unsettling parallels between the school shooting and the planned Valentine's Day slaughter at the Halifax mall.

The Columbine shooters left behind numerous writings, journals and the "basement videos" -- three hours of Harris and Klebold talking about their plan, Battan explains.

The materials are widely available in the Internet, despite much of it being sealed and eventually destroyed.

"These videos represent a 'call to arms' in many respects and encourage others to follow in their footsteps," she says, adding that the materials provide instructions to successfully carry out a similar violent act.

"Harris and Klebold encourage others to follow in their footsteps and provide a blueprint for carrying out mass murder," Battan says.

"The writings of Harris and Klebold provide insight as to why they want to kill, how many they plan to kill and what they hope will be a model for others to follow."

While the conversations between Souvannarath and Gamble make numerous references to the Columbine gunmen, possibly the most disturbing is their belief to that Harris and Klebold have been resurrected.

"Souvannarath compares herself to Harris, who was the more outspoken and aggressive of the two," Battan says in her report. "Gamble compares himself to Klebold, who was more shy and reserved."

The Facebook messages between Souvannarath and Gamble illustrate the extent of the apparent delusion.

Souvannarath says, "maybe Eric and Dylan have somehow become us, become part of our minds."

"We both feel like we 'died' a long time ago, maybe it's because we've taken on the minds of these actual dead people, and that marks the time we both died."

She adds:"You want to die so badly because you know this isn't the body you actually belong in -- there's a dissonance between mind and body where you're Dylan but you're not Dylan."

Souvannarath says it explains why they both can't function in the adult world because, "Eric and Dylan died so young after all."

"When Eric and Dylan both died, their mission on Earth wasn't really finished yet, so they had to take us over," she says.

The Facebook conversation between the so-called Columbiners, which started on Dec. 21, 2014 and ended on Feb. 13, 2015, includes other references to Harris and Klebold.

They write a lot about what to wear during the shooting -- "death outfits" that appear to be fashioned after the Columbine shooters, Battan says.

"Souvannarath and Gamble write about wearing black clothing, black boots and acquiring trench coats," the Columbine Task Force lead investigator says, noting that the style is similar to what Harris and Klebold wore.

The co-conspirators also discussed sawing off their guns and bringing duffel bags and Molotov cocktails, as well as carrying knives and stabbing people at the mall when they run out of bullets -- imitating Harris and Klebold's plans.

They also share an interest in the same types of music and writing, wanting to start a revolution and asking people if they believe in God before killing them. Again, Battan points out that these are all similarities they share with the Columbine killers.

The planned attack was thwarted by police after an anonymous tip was received by Crime Stoppers, but not before Souvannarath boarded a plane in Chicago, Ill., for Nova Scotia.

Gamble killed himself as police surrounded his Halifax-area home, while Souvannarath was arrested at the airport. A third accomplice -- a local man described in court as the "cheerleader" of the murderous plot -- was sentenced to a decade in jail.

Souvannarath, now 26, has been held at the Central Nova Scotia Correctional facility in a Halifax-area industrial park since her arrest three years ago.

A Nova Scotia Supreme Court judge has reserved his sentencing decision until Friday.

The Crown is recommending a sentence of 20 years to life in prison, while the defence says the sentence should be 12 to 14 years, with credit for time served.

During her incarceration, a prison guard found a note scrawled on the back of a Sudoku puzzle in Souvannarath's cell.

"I was to be his Eric Harris, and he would be my Dylan Klebold," Souvannarath wrote, noting that they must have known each other in a past life.

"Eventually I realized that we really were Eric and Dylan, their minds having taken refuge in our bodies some time after their demise."