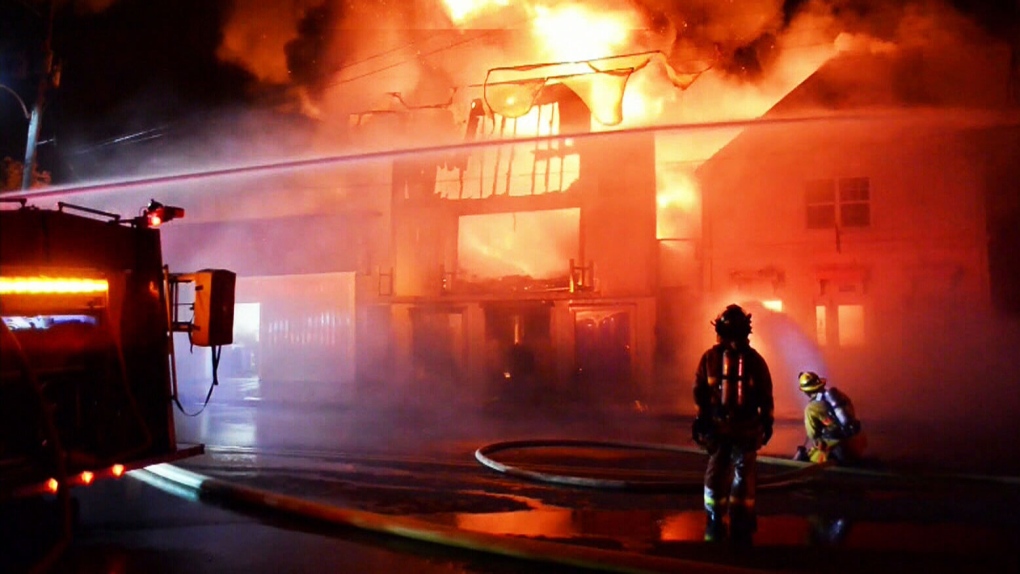 Crews respond to a fire that spread to multiple buildings in Canning, N.S., on Oct. 6, 2019. (Bill Roberts)

HALIFAX -- A 19-year-old man is facing arson charges in connection with a fire that destroyed one building and damaged others in Canning, N.S.

Crews were called to the fire on Main Street around 3:15 a.m. Sunday.

The fire destroyed a vacant building and spread to a storage unit used by nearby Valufoods.

Investigators determined the fire was suspicious and appealed to the public for information.

Police searched a home on Tuesday and arrested a man without incident.

Noah Norman of Canning has been charged with four counts of arson and one count of break, enter and commit an indictable offence.

Norman was held in custody and appeared in Kentville provincial court on Wednesday.

He was released on strict conditions and is due back in court on Nov. 5.