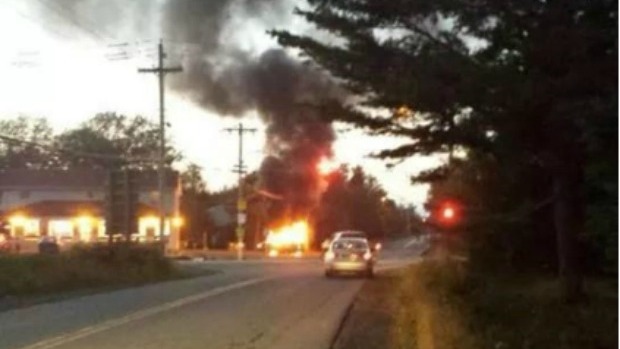 A 61-year-old man is due in court next month after a car was set on fire in Lake Echo, N.S. Monday evening.

Cole Harbour RCMP and fire crews responded to the scene in the 2700 block of Highway 7 shortly after 8 p.m.

Fire investigators have determined the fire was deliberately set.

A man was arrested, interviewed and later released on a promise to appear in Dartmouth provincial court on Oct. 1.