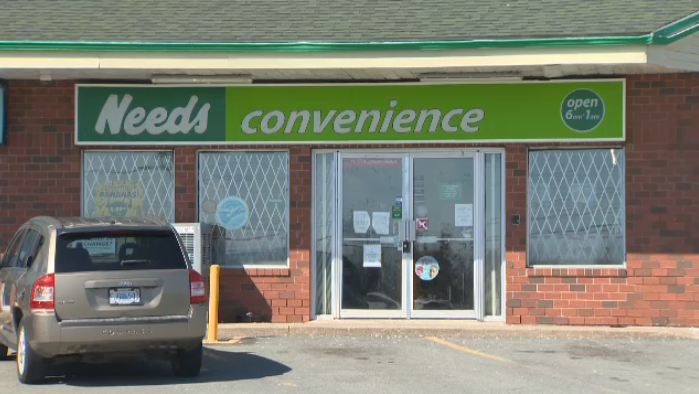 Halifax Regional Police have arrested a 43-year-old man after a Dartmouth convenience store was robbed at gunpoint late Saturday night.

Police responded to a report of a robbery at Needs Convenience at 100 Highfield Park Drive in Dartmouth just before 11:30 p.m.

Police say two men entered the store and told the customer to lie on the floor, before asking the employee behind the counter to fill a garbage bag with cigarettes and cash.

One suspect produced a firearm and the other produced a knife. Neither the customer nor the employee were injured.

Police arrested a 43-year-old Dartmouth man on Wednesday. They believe the man was the suspect who produced the firearm.

He will appear in provincial court in Dartmouth on Thursday to face charges of robbery and possession of a weapon for a dangerous purpose.

Police continue to search for the second suspect, described as a male with a skinny build. He was wearing a balaclava over his head and white or light grey-coloured pants at the time.

Police are continuing to investigate and ask anyone with information about the incident or the second suspect to call Halifax Regional Police or Crime Stoppers.