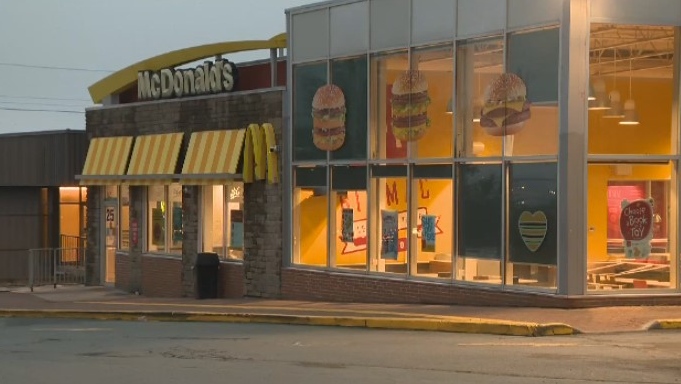 HALIFAX -- Police have arrested one suspect and are still looking for another after responding to two separate robberies in Dartmouth, N.S., within four hours.

The first robbery was reported at a McDonald’s restaurant on Nantucket Avenue around 8:25 p.m. Monday.

He did not show a weapon and no one was injured.

The man fled the scene on foot with some cash and the cash drawer.

A K9 unit attended the scene and helped police track the suspect to a location nearby. Police arrested the man and recovered items relating to the robbery.

The 48-year-old Dartmouth man remains in custody and will be charged with robbery. He is due to appear in court at a later date.

Four hours later, at 12:25 a.m. Tuesday, police responded to an armed robbery at the Ultramar gas station on Windmill Road.

In this case, police say a man entered the gas station, pointed a firearm at the male clerk, and demanded money.

The suspect fled the scene on foot with some cash.

Police are trying to identify the suspect, who is described as a white male between the ages of 30 and 40. He is roughly five-foot-nine or five-foot-ten inches tall.

He was wearing a blue jacket, beige face mask and glasses.