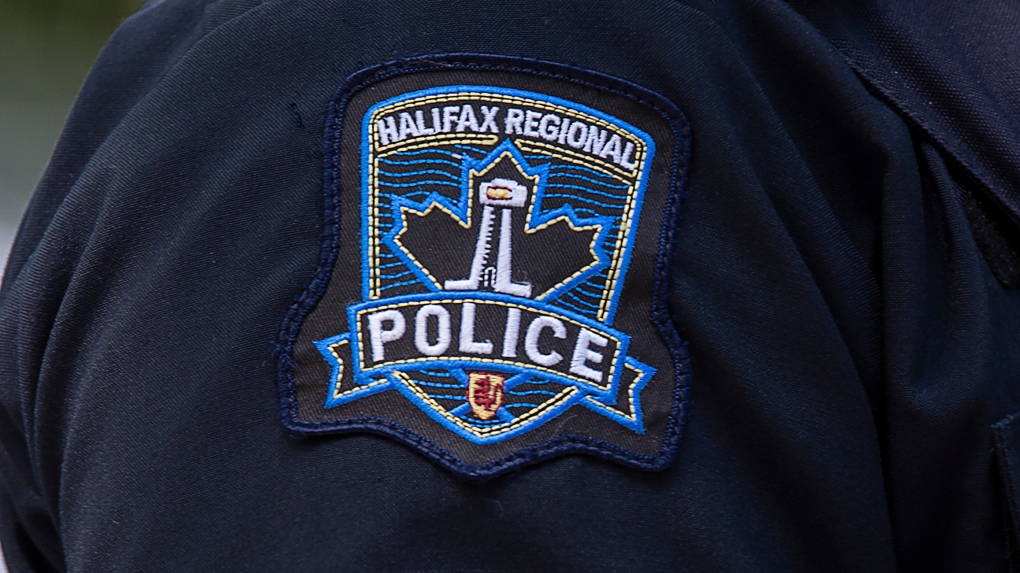 A Halifax Regional Police emblem is seen as police officers attend a murder scene in Halifax on July 2, 2020. THE CANADIAN PRESS/Andrew Vaughan

Halifax Regional Police has charged a man after he allegedly assaulted a cab driver in Halifax over the weekend.

Police responded to a report of an assault in progress on Lynnett Road around 9:45 a.m. Saturday.

According to police, a man had taken a taxi to that location and attempted to leave without paying. When the taxi driver asked for money for the fare, the man allegedly assaulted him with a tree branch, before fleeing on foot.

Prior to the taxi ride, police say the man had stolen merchandise from Home Depot on Lacewood Drive.

On Sunday, the man was arrested in a vehicle in the 500 block area of Herring Cove Road.

Brandon Germaine Rogers, 35, is scheduled to appear in Halifax provincial court to face charges of:

Rogers is also facing 15 additional charges of theft under $5,000 and possession of property obtained by crime under $5,000 in relation to 15 other incidents.

A powerful 7.8 magnitude earthquake rocked wide swaths of Turkiye and Syria early Monday, toppling hundreds of buildings and killing more than 1,300 people. Hundreds were still believed to be trapped under rubble, and the toll was expected to rise as rescue workers searched mounds of wreckage in cities and towns across the area.

Retirements, high training costs and poor pay are fuelling a pilot shortage in Canada, industry analysts say, at a time when travel has surged in the wake of the COVID-19 pandemic.

Experts say the outlook for the loonie in 2023 largely depends on commodity prices, how the U.S. dollar fares, and whether central banks are successful in avoiding a major recession.

China accuses U.S. of indiscriminate use of force over balloon

China on Monday accused the United States of indiscriminate use of force in shooting down a suspected Chinese spy balloon, saying it 'seriously impacted and damaged both sides' efforts and progress in stabilizing Sino-U.S. relations.'

BoC's first summary of deliberations coming this week. Here's what to expect

The Bank of Canada is set to publish its first summary of deliberations Wednesday, giving Canadians a peak into the governing council's reasoning behind its decision to raise interest rates last month.

Charles Kimbrough, a Tony- and Emmy-nominated actor who played a straight-laced news anchor opposite Candice Bergen on 'Murphy Brown,' died Jan. 11 in Culver City, California. He was 86.

An investigation that lasted almost two years has resulted in moose hunting violation convictions for six people and a lodge in Red Lake in northwestern Ontario.