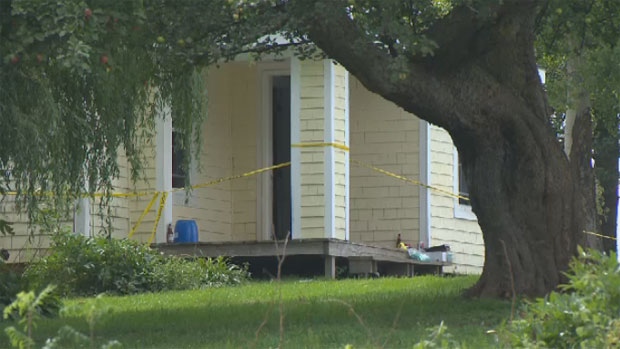 Police were called to this home on Highway 215 in Kempt Shore, N.S. around 5:15 a.m. Sunday after a house party turned violent.

A Nova Scotia man is facing a charge of aggravated assault after a teen was stabbed at a house party in Hants County on the weekend.

They say a house party had turned violent resulting in a 16-year-old boy being stabbed more than once during the incident.

The Hants County teen was taken to the Queen Elizabeth II Hospital in Halifax with non life-threatening injuries and has since been released from hospital.

“We don’t know if there was any one thing that started this, or it was just the fact of being a party,” says Windsor RCMP Const. Terry Fogarty. “Late hours of the morning we tend to see more…meaningless things take place at those times, four and five o’clock and so on when a party’s still going on from the night before.”

RCMP arrested a 21-year-old Hantsport man in connection with the incident.

The suspect, Trenton John Pineo, was taken to hospital where he was treated for minor injuries. He was then returned to police custody.

Pineo is due to appear in Windsor provincial court on Aug. 21 to face a charge of aggravated assault.