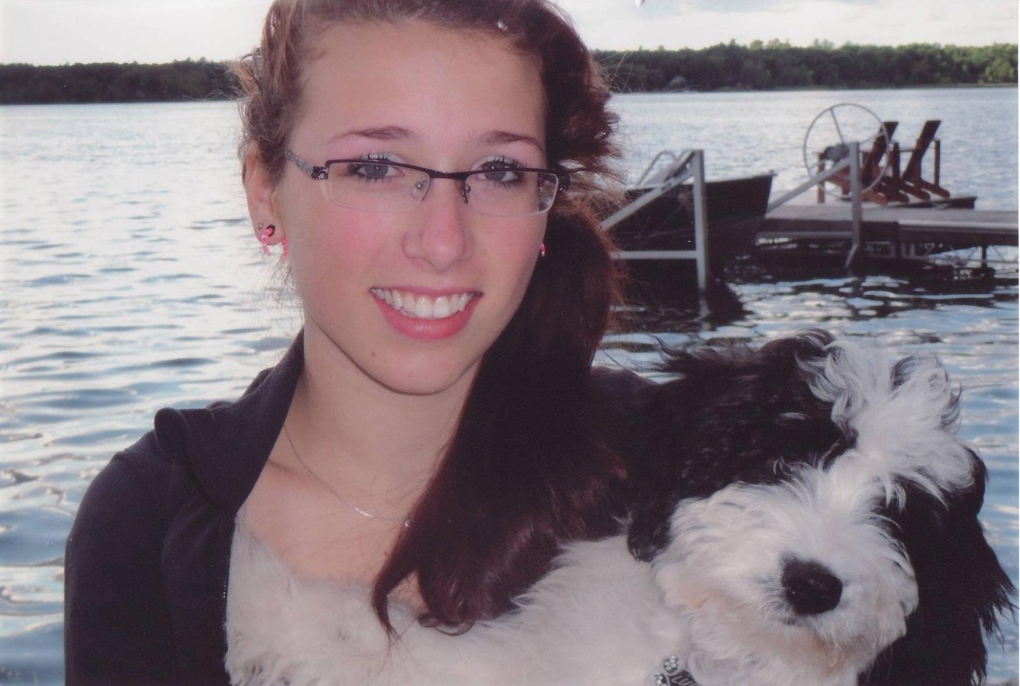 Rehtaeh Parsons is seen in this family photograph taken from Facebook.

HALIFAX -- One of two young men who pleaded guilty to child pornography charges in the high-profile Rehtaeh Parsons case is now facing a series of charges related to an alleged robbery.

The man, who is now 21, can't be named because he was a minor when he posed for an explicit photo showing him having sex with the 15-year-old, and then distributed the picture to some classmates.

Parsons was 17 when she taken off life-support in April 2013 after attempting suicide.

Her case attracted national attention when her family alleged she had been sexually assaulted by the boy in November 2011 and bullied after the photo was passed around her school.

The young man was later sentenced to a year's probation for distributing child pornography. This week he appeared in court to face unrelated theft and firearms charges after an alleged robbery.

Parsons' case and a number of other high-profile cyberbullying cases sparked a national debate about online harassment, which prompted changes to provincial law and the Criminal Code.

At the time of Parsons' death, police said they had looked into the allegations of sexual assault and an inappropriate photo, but concluded there wasn't grounds to lay charges.

That led Parsons' parents to organize demonstrations that alleged police and prosecutors weren't doing their jobs. They also said the cyberbullying had made her life miserable and pushed her to suicide.

A week after Parsons died, police reopened their investigation after receiving what they said was new information.

That same month, Prime Minister Stephen Harper addressed the issue in the House of Commons and Nova Scotia introduced the country's first anti-cyberbullying law, which was followed by changes to the Criminal Code that made it an offence to distribute intimate images of someone without their consent.

In August 2013, child pornography charges were laid against two young men, both 18 at the time.

The second young man implicated in the case later pleaded guilty to making child pornography and was handed a conditional discharge in November 2014.

Parsons' identity was initially protected by a statutory publication ban but her parents pushed to have her name released, saying they wanted her story and her name to be shared widely.

In December 2014, Nova Scotia's attorney general issued a directive saying breaches of the ban would not be prosecuted unless her name was used in a derogatory way.

Last October, a review into how Nova Scotia police and prosecutors handled the case found the investigation took too long and mistakes were made, but it was reasonable for the Crown to conclude that sexual assault charges should not be laid.