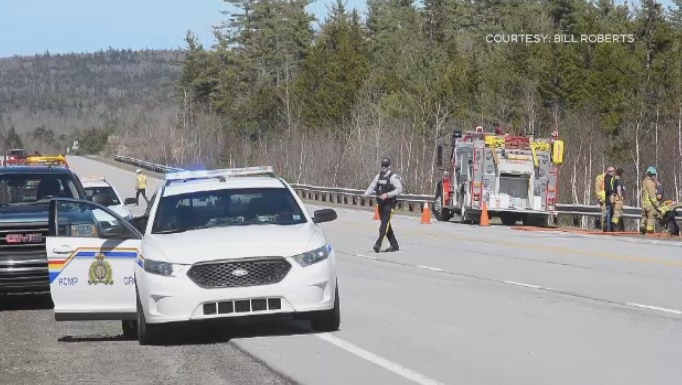 The RCMP respond to a fatal collision in the Annapolis Valley on May 6, 2020. (Bill Roberts)

Police responded to the scene between exit 22 and West Dalhousie Road around 2:40 p.m. Wednesday.

"A preliminary investigation determined the lone vehicle was travelling eastbound when it went off the road," the RCMP said in a news release.

"The driver, a male, was pronounced dead at the scene; his passenger a 55-year-old female was taken to the hospital with what is believed to be non-life threatening injuries."

Highway 101 was closed for four hours while the Mounties investigated the crash.