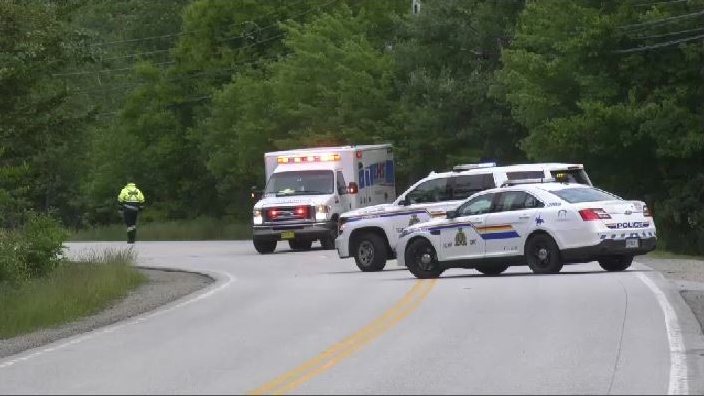 HALIFAX -- One man is facing charges and another is dead after a single-vehicle crash on St. Margaret's Bay Road in Hubley, N.S.

The crash happened at approximately 5 a.m. Tuesday and caused a loud bang heard by a nearby resident who alerted police.

"When police arrived on scene, they found a man crouching in a wooded area near the vehicle," the RCMP said in a news release. "He was showing signs of impairment by alcohol and was arrested."

Police say the 28-year-old Cape Breton man needed medical treatment and paramedics took him to hospital. They also said he provided blood samples to police at the hospital and was taken into custody.

Mounties initially charged him with impaired driving causing death and theft of a motor vehicle. The impaired driving charge was dropped the next day. He also faces charges of breaching conditions and possession of stolen property.

"Additional charges are expected to be laid as the investigation progresses," police said.

One person was found inside the vehicle and first responders attempted to extricate him from the vehicle, but the 28-year-old Halifax man died at the scene.

Police say they have information that indicates there might have been three other people in the vehicle at the time of the crash.

"Police are concerned for their well-being and want to ensure they receive the medical treatment they require," the RCMP news release said.

Highway 3 was closed while a traffic analyst collected evidence. It reopened at 1 p.m. Tuesday.

From RCMP: One man has died and another is in custody after a single vehicle collision. They received a call at 5:02 am and on-site found a 28-yr-old man looking impaired crouching in the wooded area. He faces serious alcohol related charges. Highway #3 re-opened. @CTVAtlantic

The RCMP has received new information in their investigation. The man who was arrested at the scene has been charged with several offences, however police have not charged him with impaired driving, the RCMP said in a news release on Wednesday, July 8.