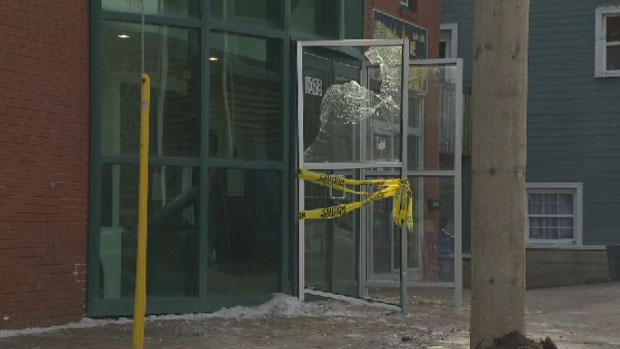 According to police, the driver allegedly drove into a building also damaging a utility pole in the south end of Halifax Saturday, Jan. 27, 2018.

Halifax Regional Police say a 23-year-old man is facing charges after a pedestrian was struck and killed in Halifax.

According to police, the driver allegedly drove into a building and damaged a utility pole at 1079 Queen Street around 3 a.m. Saturday.

As a result, police say a 63-year-old man was struck and left pinned under the vehicle. The victim was pronounced dead at the scene.

Police say the driver was arrested near the scene and taken to police headquarters for a breath test.

Police have identified the driver as Dennis Patterson from New Brunswick. Police say Patterson is charged with operating a motor vehicle while impaired and impaired driving causing death.

The suspect has been remanded and is scheduled to appear in court Monday.