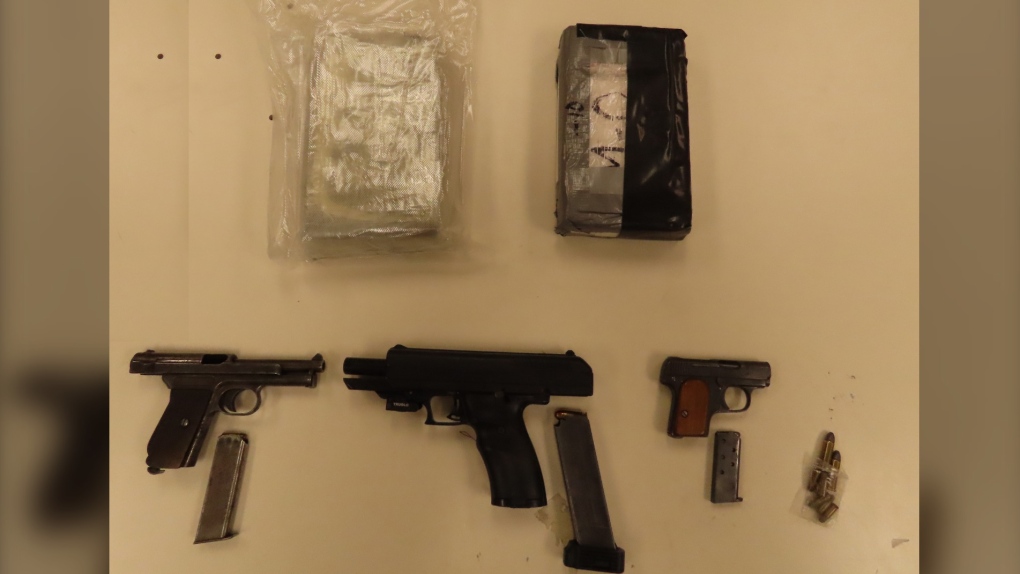 Police say they as a result of the searches, they seized a quantity of cocaine, cash, three loaded handguns and ammunition. (Photo courtesy: Halifax police)

HALIFAX -- A 26-year-old man is facing several weapons and drugs related charges following a number of searches conducted in Dartmouth, N.S. on Thursday.

According to police, investigators in the drug unit of the Integrated Special Enforcement Section obtained a warrant. Members of the drug unit, the Quick Response Unit, and East Division patrol officers searched an address on Galaxy Avenue and two rooms at the Courtyard by Marriott Halifax Dartmouth in relation to an ongoing investigation.

Police say as a result of the searches, they seized a quantity of cocaine, cash, three loaded handguns and ammunition.

John David Marsh, 26, was scheduled to appear in Dartmouth Provincial Court on Friday to face multiple charges, which include:

Police say a 20-year-old woman was released to appear in court at a later date to face drug charges.

Anyone with information about illegal weapons or drug activity is encouraged to contact police or Crime Stoppers.