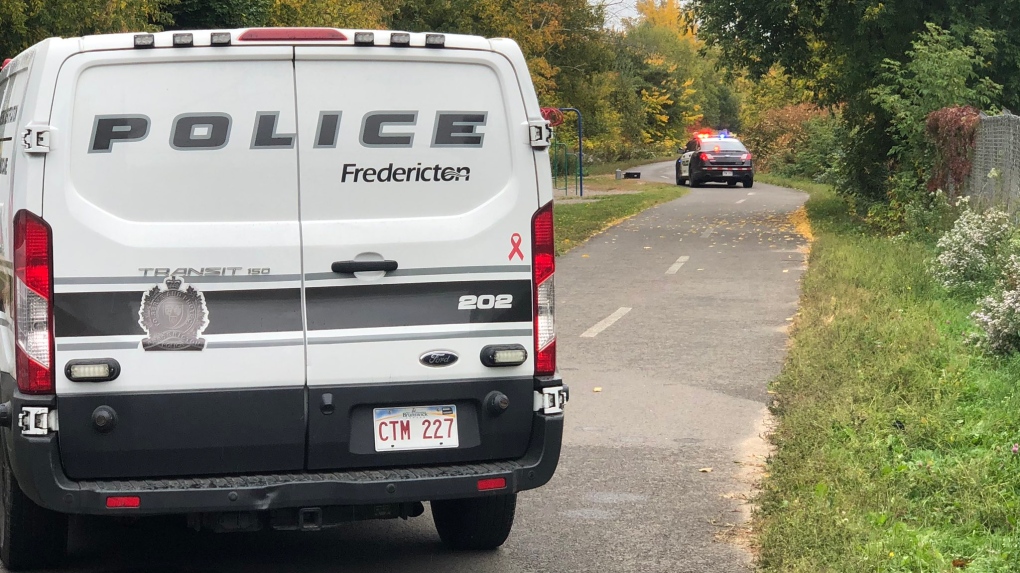 Police respond to a possible shooting in Fredericton on Sept. 28, 2020. (Alyson Samson/CTV Atlantic)

HALIFAX -- Police in Fredericton have determined a man who was injured in a shooting -- prompting several schools to be placed under hold and secure Monday -- accidentally shot himself.

Officers responded to the 600 block of Union Street at 1:20 p.m. Monday. They found a man who had sustained a leg injury, which was later determined to be a gunshot wound.

“Out of an abundance of caution, significant resources were deployed to the area,” said the Fredericton Police Force in a news release.

There was a heavy police presence in the area of Union and Clark streets and MacLaren Avenue Monday afternoon as police investigated the shooting.

David McTimoney, superintendent for the Anglophone West School District, tweeted that Northside schools from Barker’s Point Elementary through to Nashwaaksis Memorial Elementary School were under hold and secure “due to an incident in the community.”

ASD-W Northside schools from Barker's Point Elementary through to Nashwaaksis Memorial Elementary School are currently in a hold and secure due to an incident in the community. Schools are sending communications shortly with further information.

The hold and secure was later lifted at the schools, but police remained on scene in the area.

A short time later, police confirmed that one person had been arrested in connection with the investigation. Officers also located and seized a firearm.

Police have since determined that the man shot himself in the leg when he fired his weapon by accident. His injuries are believed to be non-life-threatening.

Police say the man was released without conditions and the scene has been cleared. Police also say the investigation is ongoing and there is no word on potential charges at this time.