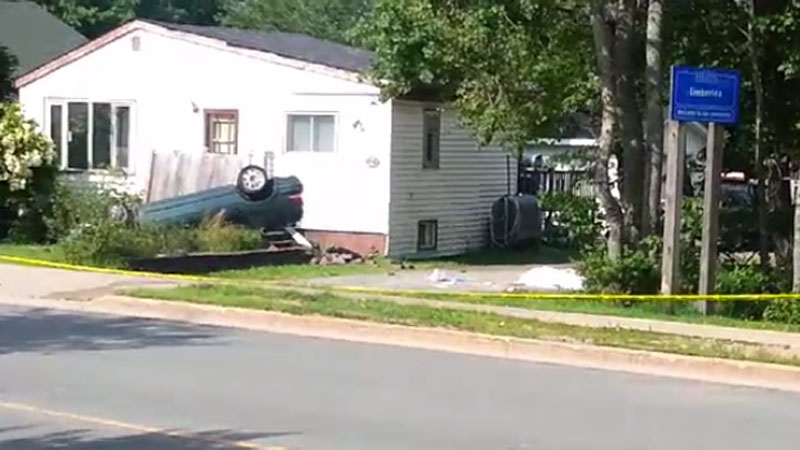 A man is dead after his vehicle flipped on the St. Margaret's Bay Road in Timberlea, N.S. (Steve Williams)

A man is dead following a single-vehicle collision outside Halifax.

RCMP and emergency crews responded to the crash around 3:45 p.m. on St. Margaret’s Bay Road in Timberlea.

Witnesses say the vehicle flipped and landed on its roof near a home.

Police say the male driver died at the scene. He was the only person inside the vehicle at the time.