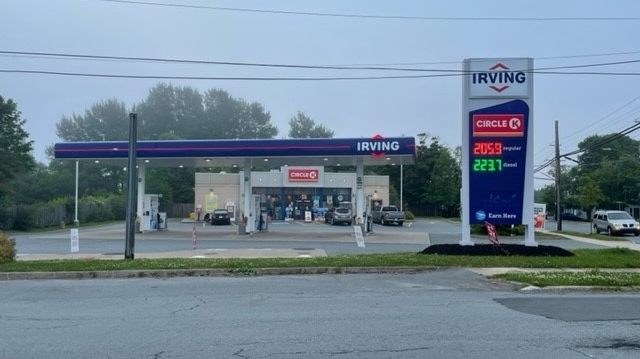 Halifax police say they are looking for a suspect after a man robbed a gas station with a knife in Dartmouth, N.S., Thursday morning.

Police were called by an employee at the Irving Gas Bar at 219 Pleasant St. at 1:07 a.m. for a reported robbery.

According to a police news release, when officers arrived, they learned a man entered the store, took out a knife and demanded cash and cigarettes.

A quantity of both were taken, and the suspect fled before police arrived.

The clerk was not injured in the incident.

Police describe the suspect as a white man with a thin build standing about 5 foot 7 inches with a small amount of facial hair, wearing dark pants and a gray sweater with the hood pulled up.

Patrol officers and a K-9 unit are investigating.