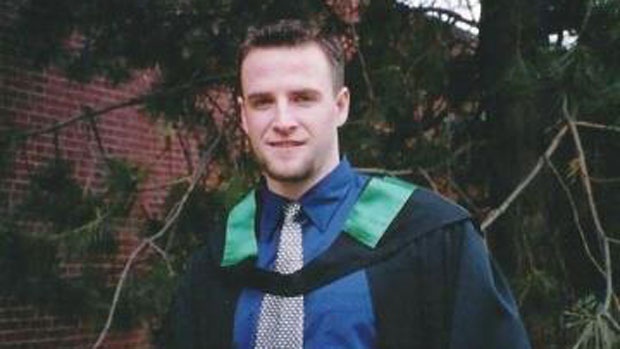 Nicholas Rasberry was sentenced to seven years in prison in December 2015 after a judge convicted him of manslaughter in the death of teacher Craig Kelloway, who was originally from Glace Bay, N.S.

Rasberry claimed Kelloway had threatened to sexually assault him and his wife. He argued he was acting in self-defence when he used three knives to stab Kelloway 37 times.

The Parole Board of Canada ruled that Rasberry’s risk is manageable and granted him day parole for the next six months.

Kelloway’s family told CTV News that they are disappointed by the decision, but not surprised. They have been critical of the handling of the case, saying Rasberry should have been handed a tougher sentence.