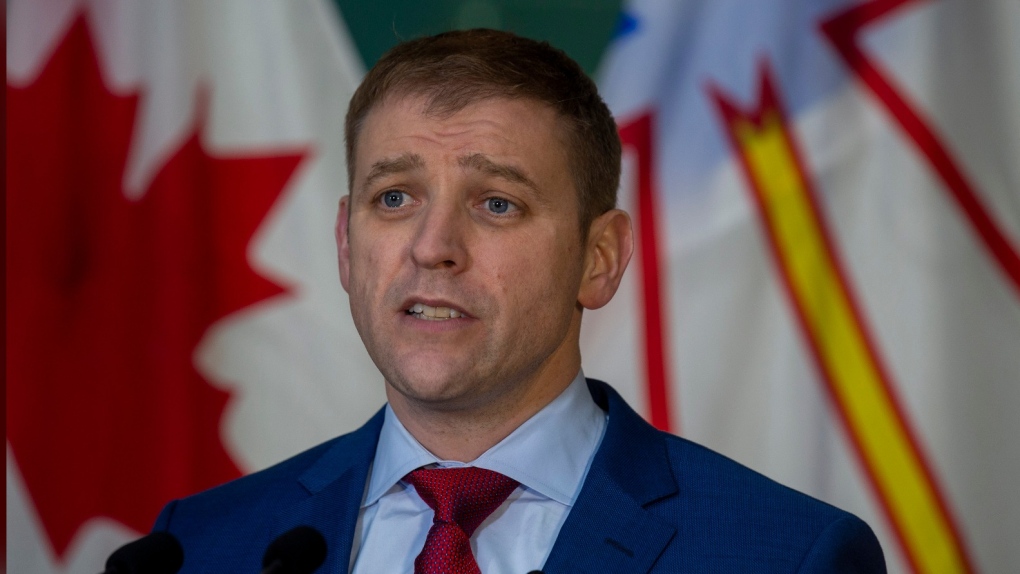 A spokeswoman for Liberal Leader and incumbent Premier Andrew Furey said his campaign has been advised he was likely the intended target of the incident.

DEER LAKE, N.L. -- Police in Newfoundland and Labrador say they arrested a man with a "large quantity" of knives in his truck in a parking lot outside an election candidate's office.

A spokeswoman for Liberal Leader and incumbent Premier Andrew Furey said his campaign has been advised he was likely the intended target of the incident.

Police say the arrest came today after a high-speed chase that began with the man saying he was going to Deer Lake, N.L., to stop the election.

Deer Lake is in the Humber-Gros Morne electoral district, where Furey is running, though he was not scheduled to be there at the time of the incident.

RCMP say they got a call in the morning about a man behaving strangely, talking about guns and saying he was going to stop the Newfoundland and Labrador provincial election, scheduled for Feb. 13.

Police say they pursued him as he drove at dangerous speed to the town of Deer Lake in western Newfoundland and arrested him after he stopped in the parking lot of a local business in which an election candidate has an office.

Police did not name the candidate but Meghan McCabe, Furey's spokesperson, said in a statement that the campaign was told he was the target.

"The police investigation is ongoing, but from what we know so far we'd like to thank the members of the public who stepped in to do what they could to prevent an unimaginable outcome, and all police officers who ensured the safety of the public," McCabe said.

She said Furey would release another statement as more details become available.

Police said there is no longer a concern for public safety and that they anticipate the man will be charged with "a number of criminal and traffic offences."