Mandatory vaccinations among issues for debate in New Brunswick legislature 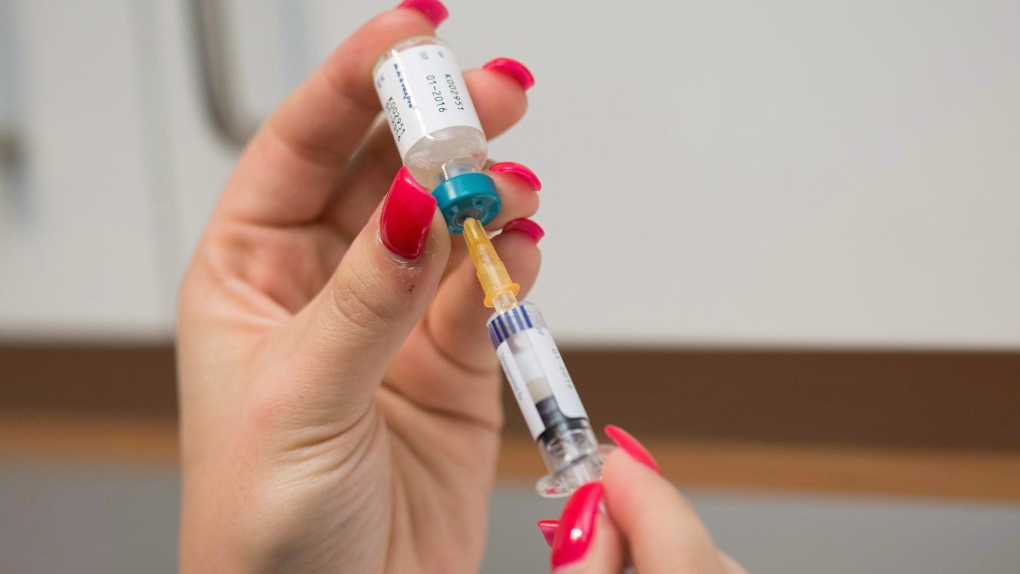 Legislation that would make vaccinations mandatory for children in schools and daycares is expected to be up for debate in the coming weeks as the New Brunswick legislature resumes sitting Tuesday.

The province's Tory minority government first introduced legislation last June amid a measles outbreak in the province, saying vaccines should be required for all children unless they have a medical exemption.

"I'm pleased that it's finally coming up for a decision," Education Minister Dominic Cardy said Monday. "We have seen what the world is like with just one disease that doesn't have a vaccine over the last few months, so I'm certainly hoping that my colleagues will plan to support science and make sure we protect our kids."

He said the fight against the novel coronavirus "is reminding us of the importance of science and evidence as the basis for policy."

In November, Cardy said the province was willing use the so-called notwithstanding clause in the Canadian Charter of Rights and Freedoms to protect against any challenges.

But Green party Leader David Coon says he'll press for a number of amendments to the bill. One will "strip the notwithstanding clause out of it to restore people's rights to go to the courts if they feel that legislation that the legislative assembly passes in one way or another is contrary to the Charter," Coon said Monday.

A second amendment would dictate that the legislation is used only when it's ordered by the chief medical officer of health, he said.

Cardy said he would not personally object to removing the notwithstanding clause. He has previously said it was included on the advice of the attorney general's office.

The minister said school districts were making good progress in ensuring their vaccination records for students were up-to-date, but the process was interrupted by the pandemic.

Meanwhile Coon is proposing a special committee of the legislature to discuss the future of the province in the wake of COVID-19.

He is calling on the Higgs government to establish a select committee on social and economic resilience.

He said as the province recovers from the pandemic, the well-being of all New Brunswickers must be at the heart of government decision-making, and there's an opportunity to continue the co-operation displayed during the work of the all-party COVID cabinet committee.

"I think we have the chance here, based on the different atmosphere we've been operating in for the last couple of months, to all participate more as parliamentarians rather than partisan," he said.

Coon said the province has a unique opportunity to reset the economy in a way that is more locally based, resilient and ecologically sustainable.

The legislature is scheduled to sit Tuesday to Thursday for four weeks. In order to ensure physical distancing, desks have been moved farther apart and some members will be sitting in the gallery normally reserved for the public.

There will be no members of the public or the media allowed in the house.

This report by The Canadian Press was first published May 25, 2020.