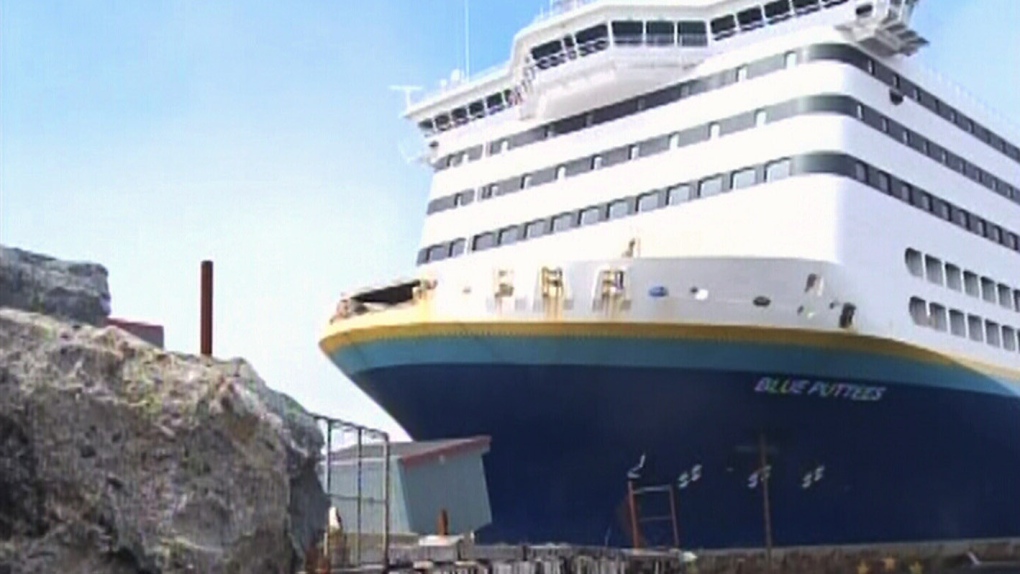 PORT AUX BASQUES, N.L. -- Marine Atlantic says a ferry that ran aground early Wednesday while leaving Port aux Basques, N.L., will be out of commission until approximately late August.

Marine Atlantic plans to sail the MV Blue Puttees to Halifax for dry dock repairs once it has been released by authorities.

The company says an ongoing investigation has found no mechanical problems with the vessel.

Mercer says a revised schedule is being drafted that affects passengers at both Port aux Basques, N.L., and Argentia, N.L., and booked passengers will be notified about sailing time changes.

"The removal of the vessel from service will have an impact on Marine Atlantic's sailing schedule for the coming weeks," Mercer said in a statement. "While three vessels will remain in service, the removal of the capacity offered by the MV Blue Puttees will result in challenges.

"Customers will be provided with as much notice as possible to allow their travel plans to be adjusted."

Outside agencies, like the Transportation Safety Board, are also investigating to determine the cause.

The company says passengers with reservations from Wednesday night and Thursday have been rebooked to revised crossing times on the MV Atlantic Vision, MV Highlanders and MV Leif Ericson.

No injuries were reported after the MV Blue Puttees hit the wharf a few minutes after leaving the main dock in Port aux Basques with 398 passengers and 91 crew members aboard. Travellers were stranded for several hours waiting for high tide to help move the ferry off the wharf so it could sail back to the main dock.