HALIFAX -- While not everyone in the Maritimes is welcoming colder weather, those who build backyard rinks are an exception.

It’s a later than usual start on home ice projects this year, but those who do it, say the frigid weather came just in the nick of time.

“We’ve gone on as early as December 22nd,” says Bob MacNamara. He and his son just hit the ice Saturday night in their makeshift backyard arena in Sydney, N.S. 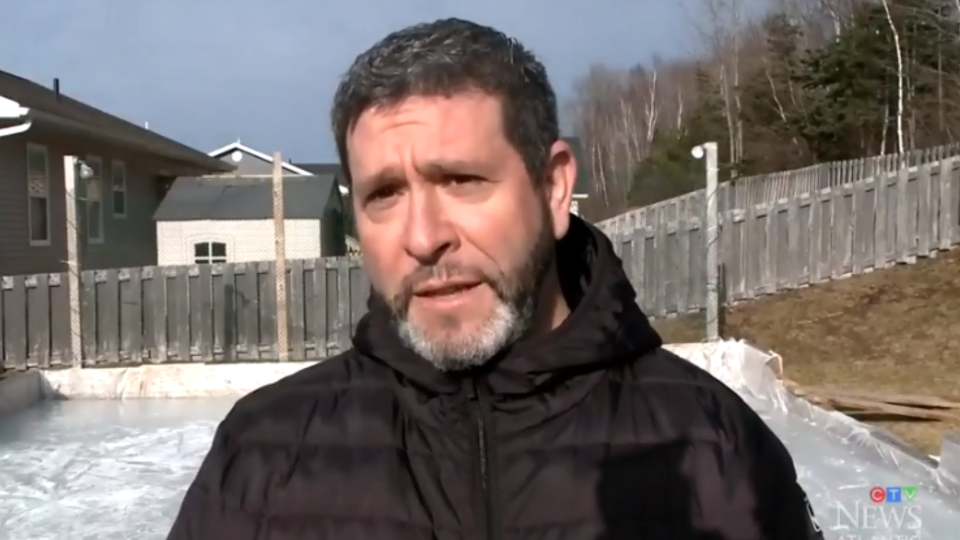 Rob MacNamara as he spoke with CTV News at his backyard arena. (Photo: Ryan MacDonald/CTV News)

He says in his family’s 10 years of putting together a backyard rink, this is by far the latest they’ve completed it.

MacNamara says over a month of mild temperatures have made it a less than ideal winter for building a rink.

“It’s funny, when you have a winter like this, and you see minus six, minus seven you get excited, when the average person is probably groaning,” he says with a laugh.

“I grew up on an outdoor rink,” she says. “So, I’m pretty partial to the great impact of having outdoor ice time, and the endless hours that you can spend on outdoor facilities.”

Lamey says while organized hockey has been halted in many other places across the country, outdoor rinks are one of the only places left for kids to develop their skills.

In her other job, as a spokesperson for the Cape Breton Regional Municipality, Lamey reminds players to stay safe.

“The municipality doesn’t allow skating on any of the outdoor waterways that are on our parks and grounds,” she says. “But, when it comes to outdoor skating, knowing the thickness of the ice is crucial.”

Back at the cleverly named “Mac-Narena”, MacNamara says he hops the cold weather sticks around.

“You’re outside, so you can, I guess, practice the COVID protocols a little bit better,” he says. “You’re not stuck inside, so it’s good – it just passes time.” 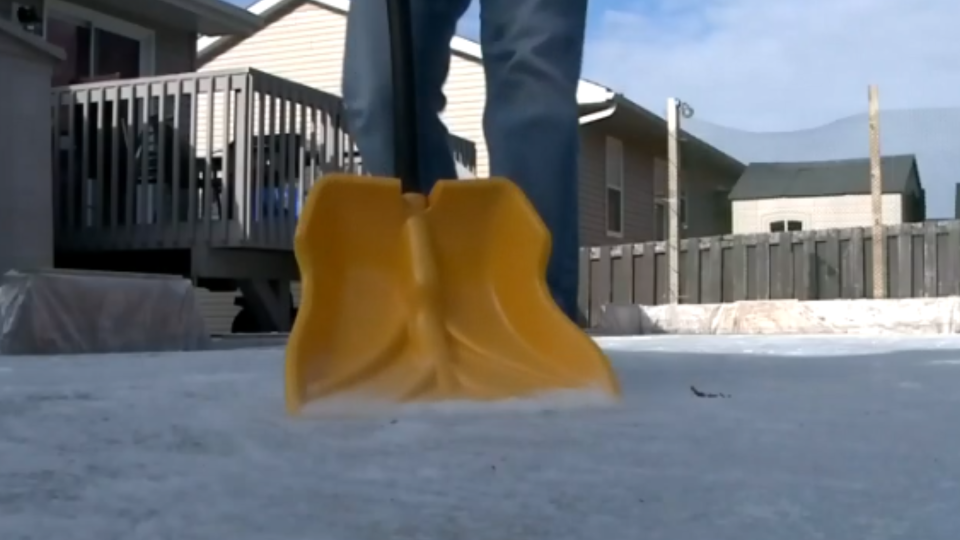 When it comes to passing time in a pandemic winter, the MacNamaras, and many in Cape Breton, are doing it in the most Canadian way possible.