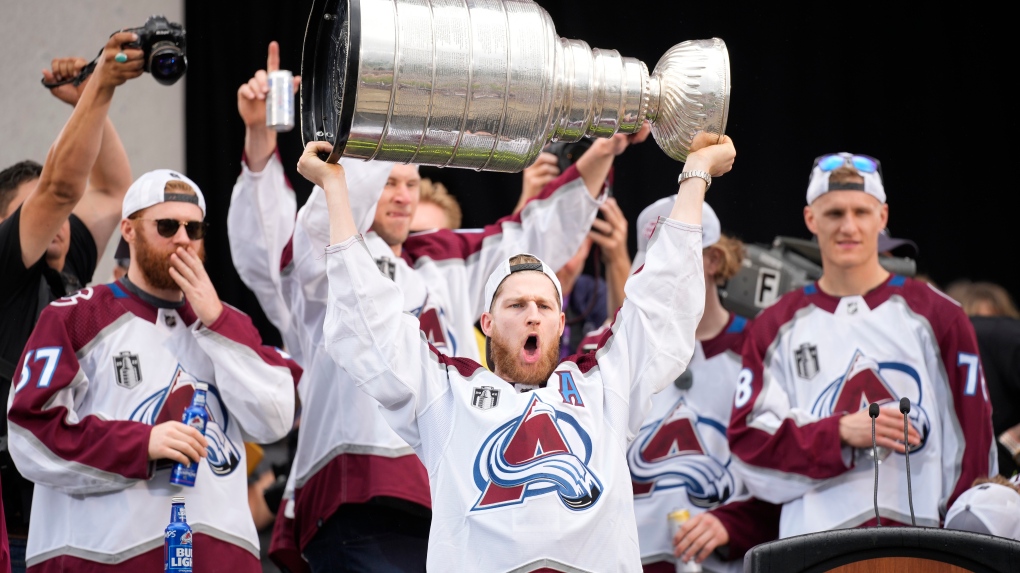 Colorado Avalanche center Nathan MacKinnon lifts the Stanley Cup during a rally outside the City/County Building for the NHL hockey champions after a parade through the streets of downtown Denver, Thursday, June 30, 2022. (AP Photo/David Zalubowski)

According to former NHL scout Paul Gallagher, Nathan Mackinnon is more than just a world-class talent. Gallagher said MacKinnon is also one of the hardest workers he's ever seen, both on and off the ice.

That value has earned MacKinnon an eight-year contract extension, worth more than $100-million US, which will be an average of $12.6 million each season.

“I have always admired players who are with one franchise and that is pretty special," said MacKinnon, who will now stay in Colorado for the long run. “I think the term what is the most important thing because I want to be here for the rest of my career.”

According to his former minor hockey coach Jon Greenwood, MacKinnon deserves the most lucrative deal in the NHL based on his proven ability.

“The biggest thing for me is the way he stepped up in the Stanley Cup Playoffs, every year," said Greenwood.  "He has always elevated when it matters and he did it again last season.”

A season that saw MacKinnon win the Stanley Cup, bring the trophy to Nova Scotia to celebrate with his hometown fans -- and starting next year, he will begin earning a record setting NHL contract.