GRAND LAKE, N.B. -- For 17-year-old best friends Luke Allen and Rowan Norrad of Halifax, summer means going to Grand Lake, N.B., and searching the rocky shorelines for signs of life from long ago – and the two have been making a name for themselves with their significant fossil finds.

"My dad was the one who introduced me to the fossils here," says Norrad.

"He showed me a few plant fossils they'd found before and I was hooked. I brought Luke down – he's my best friend so I brought him down to stay with us at the cottage and I showed him – he's been coming here to do it again ever since."

The two head out on fossil-finding missions in Grand Lake most days they're in the area, spending hours at a time scouring the rocks and recording their research – a passion for palaeontology that's only further fuelled by their finds.

"Basically we just walk up and down the beach flipping over all the rocks that we think might have fossils," says Allen.

"We've become pretty familiar with this area over the 10 years we've been looking here – so we kind of know generally what areas to look in. But a lot of it comes down to luck, so I guess we've been pretty lucky in these past few years."

You could chalk it up to a combination of both luck and skill that have led these high school students to make several very scientifically significant discoveries.

"In addition to hundreds of fossilized footprints of amphibians and reptiles, some of which might be new to the scientific fossil records, (Luke and Rowan) have also made many discoveries of invertebrates," says Matt Stimson, assistant curator of paleontology at the New Brunswick Museum.

"Things like little land snails and several plant fossils and most recently, a dragonfly." 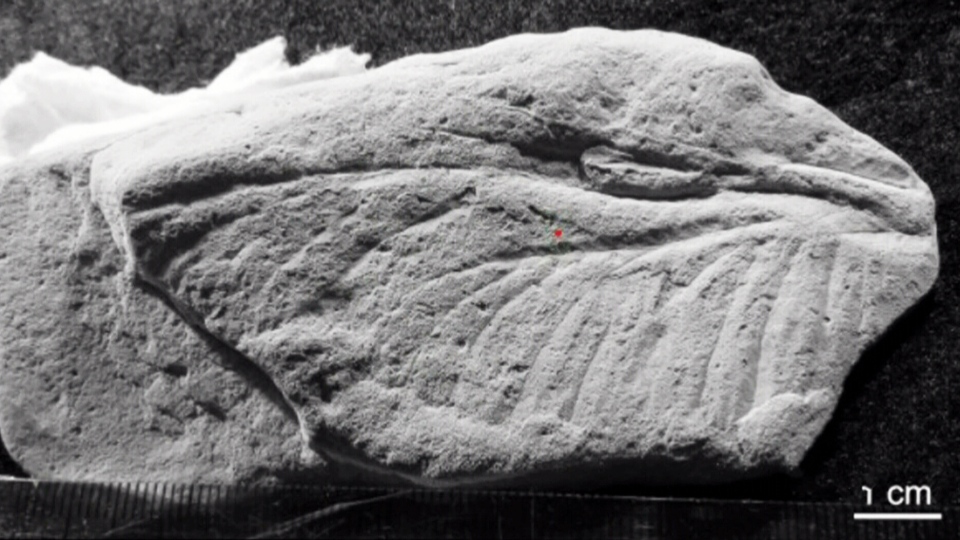 The new species is called Brunellopteron Norradi, which is named partly after Paul Brunelle of the New Brunswick Museum who passed away last year – and partly after the Norrad family.

The fossil of a dragonfly wing discovered in the Grand Lake area was sent off to the Natural Museum of History in Paris to be studied – and recently published findings show that it's a new genus and a new species.

"It's amazing to be involved in something that important," says Allen.

The new species is called Brunellopteron Norradi, which is named partly after Paul Brunelle of the New Brunswick Museum who passed away last year – and partly after the Norrad family.

"The reason for that, is that it's something brand new."