Mass killer had hiding spaces for guns, but drug smuggling not verified: RCMP 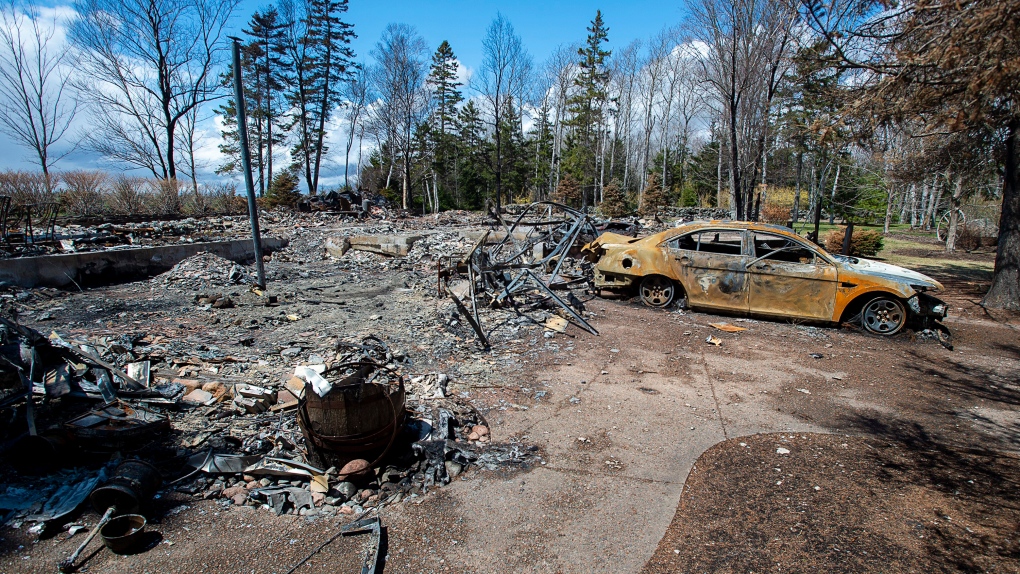 HALIFAX -- RCMP investigators confirmed Thursday that the gunman who went on a rampage in Nova Scotia in April had hidden compartments in buildings and had converted personal assets into "a significant amount" of cash prior to his attacks.

However, a statement issued Thursday says one witness statement in court documents claiming Gabriel Wortman had committed prior murders and burned bodies was not corroborated by follow-up interviews and property searches.

Investigators say searches of the killer's burned residence in Portapique haven't turned up evidence to back the allegation of any murders before the April 18-19 killings of 22 people in central and northern Nova Scotia.

The Mounties were responding to the release earlier this week of previously blacked-out portions of witness allegations submitted by police to obtain search warrants.

Allegations included statements by a witness that the 51-year-old denturist smuggled drugs, but the RCMP say that to date the investigation hasn't revealed evidence the gunman was involved in importing or selling illegal drugs, or that he was part of a criminal organization.

"Only this one witness has come forward with information that the gunman was actively and recently involved in the importation and trafficking of illegal drugs," the RCMP statement says.

"No other persons out of the close to 700 interviewed, including those closest to the gunman, have provided similar information that proves the gunman was an illegal drug smuggler and/or drug trafficker."

Investigators say they've corroborated witness statements saying the killer had hidden rooms or compartments in his Dartmouth, N.S., property, and they agree he likely had hiding places in his Portapique residence -- which burned to the ground on the night of his rampage.

"Investigators have confirmed that the gunman had constructed areas in his Dartmouth residence which appear to be designed to hide items. Information also suggested that the purpose for constructing these spaces was to hide firearms," the statement says.

"Given that, investigators have no reason to doubt the existence of hiding spaces constructed at both the Dartmouth and Portapique residences and believe that the purpose of constructing these spaces was for hiding illegal firearms."

Police say the gunman's emails reveal the withdrawal of personal funds from his investments and bank accounts.

"The purpose of those conversions and withdrawals was based on the gunman's belief that his assets were safer in his possession as it related to the current pandemic," the statement says.

"A significant amount of currency has been recovered from the gunman's burned out property in Portapique, which supports the pre-April 18 withdrawal of funds previously disclosed."

The RCMP repeated previous statements that Wortman had weapons smuggled in from the United States and had one gun illegally obtained in Canada.

"The gunman was involved in procuring firearms illegally .... Any transactions of firearms on the part of the gunman or anyone else remains part of the active investigation. As such, no further details in relation to this can or will be provided at this time," police say.

The Mountie statement does say Wortman had relationships with Americans living in Maine and that he frequently visited these people.

The gunman was killed by police at a service station in Enfield, N.S., on April 19, 13 hours after his rampage began.

The documents that a media consortium, including The Canadian Press, went before a provincial court judge to obtain were heavily redacted, and Crown lawyers have only been releasing small portions -- sometimes a single word or phrase -- as the case progresses.

A witness told police that neighbours spoke of concealed spaces on Wortman's properties in Portapique, N.S., and in Dartmouth, N.S.

That included a "secret room" in his Dartmouth denturist clinic, a false wall at his property on Portland Street in Dartmouth and "secret hiding spots" at his warehouse property in Portapique.

Previously released documents have detailed warning signals of paranoid behaviour and unusual purchases of gasoline by the gunman before his killings.

Large portions of the documents remain blacked-out, and the judge wrote Monday that those redactions are necessary "because of the significant ongoing investigation."