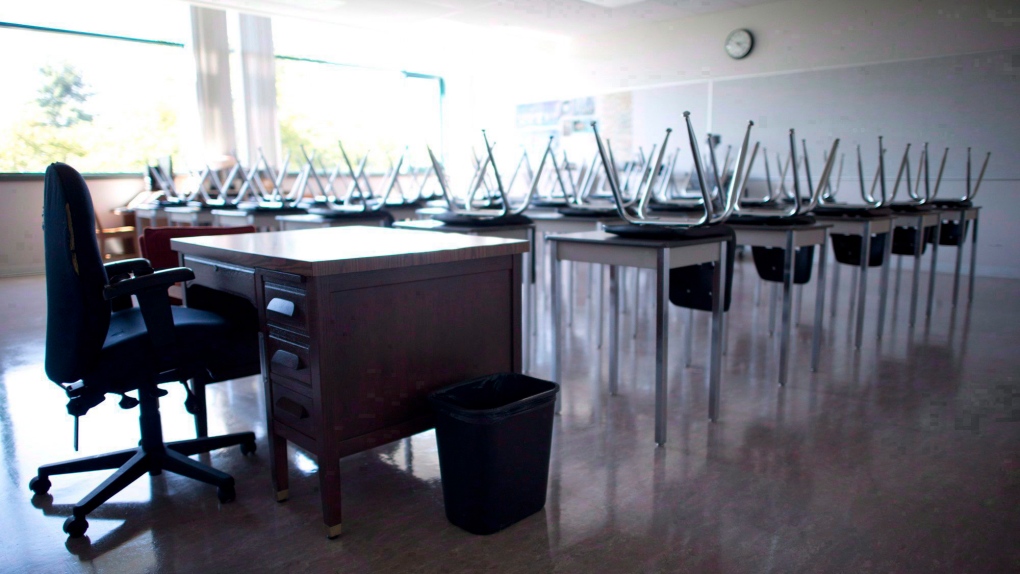 FILE - AN empty teacher's desk is pictured at the front of a empty classroom at Mcgee Secondary school in Vancouver on Sept. 5, 2014. (Jonathan Hayward/The Canadian Press)