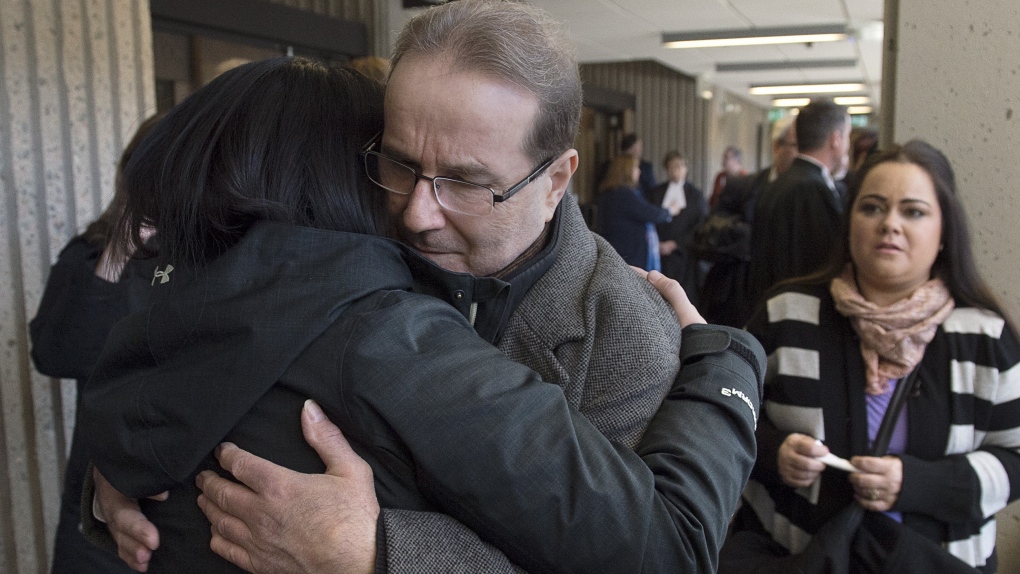 Glen Assoun is embraced by family members at Nova Scotia Supreme Court in Halifax on March 1, 2019. THE CANADIAN PRESS/Andrew Vaughan

HALIFAX -- A court hearing to seek the release of evidence that led to the acquittal of a Nova Scotia man who was wrongfully convicted of murder has been set for early July.

Sixty-three-year-old Glen Assoun -- who served almost 17 years in jail -- was acquitted March 1 of second-degree murder in the 1995 death of Brenda Way, 28.

Assoun has told The Canadian Press he is looking for documents detailing police and Crown decisions in his case to become public.

The documents backing Justice Minister David Lametti's decision have been sealed since a preliminary federal assessment led to Assoun's release on bail on Oct. 8, 2014.

Justice James Chipman ruled at the time against releasing the assessment, saying that allowing the public access to the evidence while an investigation was still underway could harm the administration of justice.

However, the CBC and The Canadian Press are co-operating on a motion to have the information released now that the final ministerial review is complete and Assoun is no longer expected to face a new trial.

The editor of the Halifax Examiner was also at the court hearing and a spokesman for the CBC told court that the online publication may also be participating in the motion.

A date of July 2 has been set by the Nova Scotia Supreme Court for the hearing, with the Crown, the federal Justice Department and Innocence Canada lawyers also parties to the proceedings.

Duncan Read, a lawyer for Halifax police, was present at the date setting hearing on Thursday, and he said police are considering becoming an intervener in the case.

When Lametti quashed Assoun's conviction, the minister issued a statement saying his department's investigation turned up "relevant and reliable information that was not disclosed" to Assoun during his criminal proceedings.

Philip Campbell, a lawyer who fought for Assoun's release on behalf of Innocence Canada, told the judge that finding should raise alarm bells.

"Behind that phrase lies a sad (and) to some degree a shocking story, in the telling of which there will eventually be an acute public interest," Campbell said at the March 1 hearing.

The Halifax police has said in a written statement that it believes its officers "conducted a thorough investigation into Brenda Way's homicide at the time."