But one fashionista feline is turning heads and stealing hearts this year.

His name is Tom -- and he certainly isn't shy.

The four-year-old rescue loves interacting with children and adults alike, and he's never too busy to pose for a photo.

"Tom, I can take him anywhere," explains his owner Velma Leslie. "He loves to go in the car, he loves to meet new people. He is just a happy boy all around."

Tom can often be found relaxing near the waterfront's beer garden, sporting his shades, chain, and a Hawaiian shirt.

Leslie says he brings smiles to so many people's faces, and served as an unofficial spirit-boosting ambassador during the pandemic.

"You could see the fear in people and when they looked at Tom, it would just be like they'd relax, it was so cool and so nice to see people want to pet him," she explains. "Want to interact with him and relax during in the most fearful time." 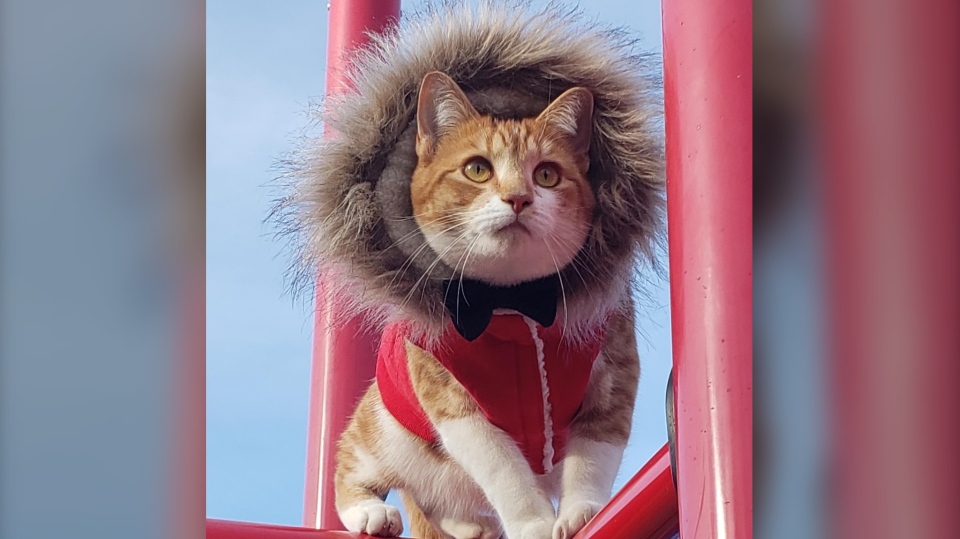 Tom, the fashionista feline, has been turning heads and stealing hearts on the Halifax waterfront this year. (COURTESY: VELMA LESLIE)

When Tom's not posing for photos on the waterfront, he acts like a regular cat – busy chasing mice and birds.

"I've never seen a cat that, you know, he's a cat so of course you can't get him to look at you or do whatever, but most times if we're walking by the beer garden, he's under the rope trying to get attention to the people sitting at tables."

Tom's laid-back lifestyle makes him a delight to be around. Leslie says his popularity increases every time they're out and about.

Photos of his adventures are posted on his personal Instagram and Facebook accounts that grow by the day.

Leslie says she's thrilled by how many smiles Tom has brought to Maritimers this year – and the pair will continue to visit the Halifax boardwalk so long as the weather permits them to do so.