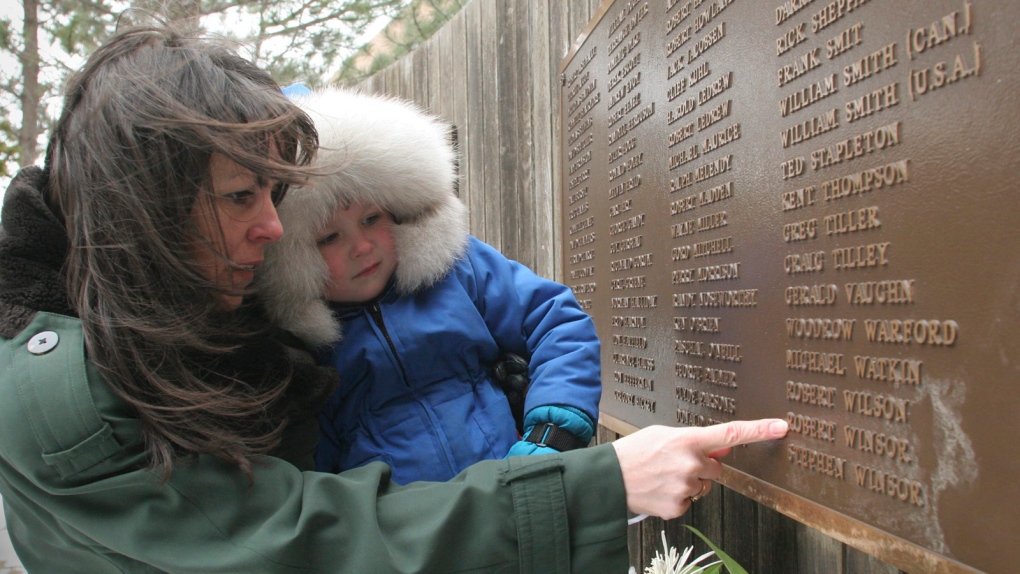 Jill Lewis of St.Phillip's, Nfld., points out to her three-year-old son, Joshua, the names of her two brothers, Robert Winsor and Stephen Winsor, both lost in the Ocean Ranger disaster, on a memorial plaque at Confederation Building in St. John's, Newfoundland Feb 15th, 2007. (CP PHOTO/Rhonda Hayward)

ST. JOHN'S, N.L. -- A remembrance service is planned today to mark the anniversary of one of the worst disasters in the history of Newfoundland and Labrador.

Eighty-four crew members, many of them from Newfoundland and Labrador, perished that day.

A royal commission report cited a chain of events that led to the sinking of the semi-submersible rig.

Sea water rushed through a glass portlight and soaked an electrical panel, shorting out controls for ballast gauges and pumps.

A memorial prayer service for those lost at sea will be held at St. Pius X Church in east end St. John's.