The collision caused a fire, which resulted in the world's largest human-made blast, until an atomic bomb was detonated in 1945.

The tragedy was marked with a memorial service Friday morning at Fort Needham Memorial Park in Halifax's north end -- a community devastated by the explosion.

More than 100 people attended the event, hosted by the City of Halifax to honour those who died and the “resiliency, recovery and rebirth” of the community.

The event was the first memorial held since without restrictions since the beginning of the COVID-19 pandemic. 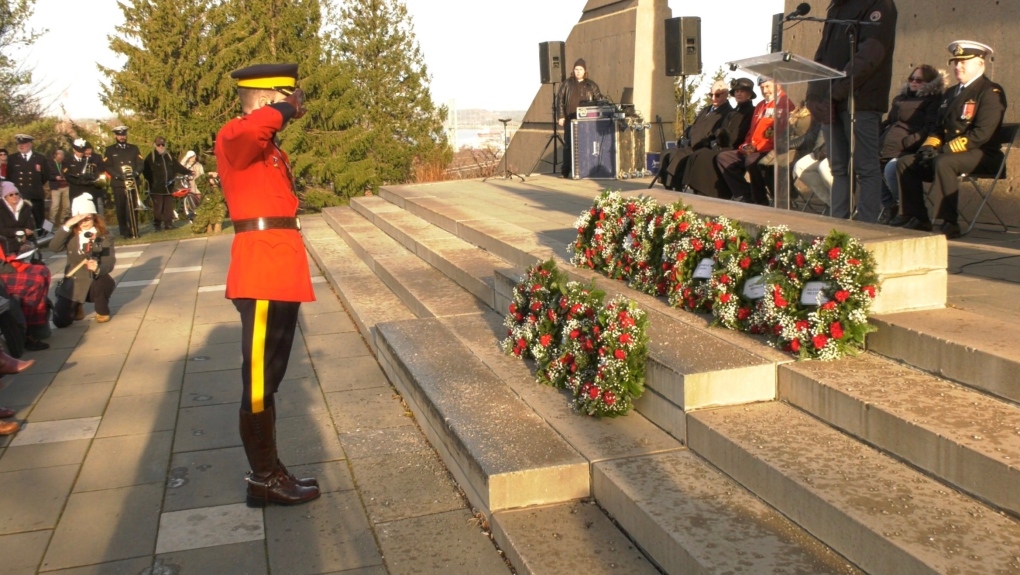 “We rebuilt and eventually moved ahead, but we never forget the fateful day in our history,” Halifax Mayor Mike Savage tweeted Tuesday morning.

On Dec 6, 1917 the Halifax explosion destroyed much of our community. Close to 2000 died, more than 9000 injured, many made blind from flying debris. We rebuilt and eventually moved ahead, but we never forget the fateful day in our history. @LindellSmithHFX

Last week, Nova Scotia’s 51st “Tree for Boston” was lit up during a ceremony at the Boston Common.

It is the latest iteration of a long-standing “thank you” to the city after Boston officials sent medical aid, relief supplies, and personnel to Halifax following the explosion.

Rescue workers and civilians passed chunks of concrete and household goods across mountains of rubble Monday, moving tons of wreckage by hand in a desperate search for survivors trapped by a devastating earthquake.

A powerful 7.8 magnitude earthquake rocked wide swaths of Turkiye and neighbouring Syria on Monday, killing more than 2,600 people and injuring thousands more as it toppled thousands of buildings and trapped residents under mounds of rubble.

The world's deadliest earthquakes since 2000

A magnitude 7.8 earthquake shook Turkiye and Syria on Monday, killing thousands of people. Here is a list of some of the world's deadliest earthquakes since 2000.

Calgarians at home and abroad are reeling in the wake of a massive earthquake that struck a war-torn region near the border of Turkiye and Syria.

U.S. 6-year-old who shot teacher allegedly tried to choke another

A 6-year-old Virginia boy who shot and wounded his first-grade teacher constantly cursed at staff and teachers, chased students around and tried to whip them with his belt and once choked another teacher 'until she couldn't breathe,' according to a legal notice filed by an attorney for the wounded teacher.