'Mere coincidence': N.S. gunman killed after Mounties pull up at gas pump next to him 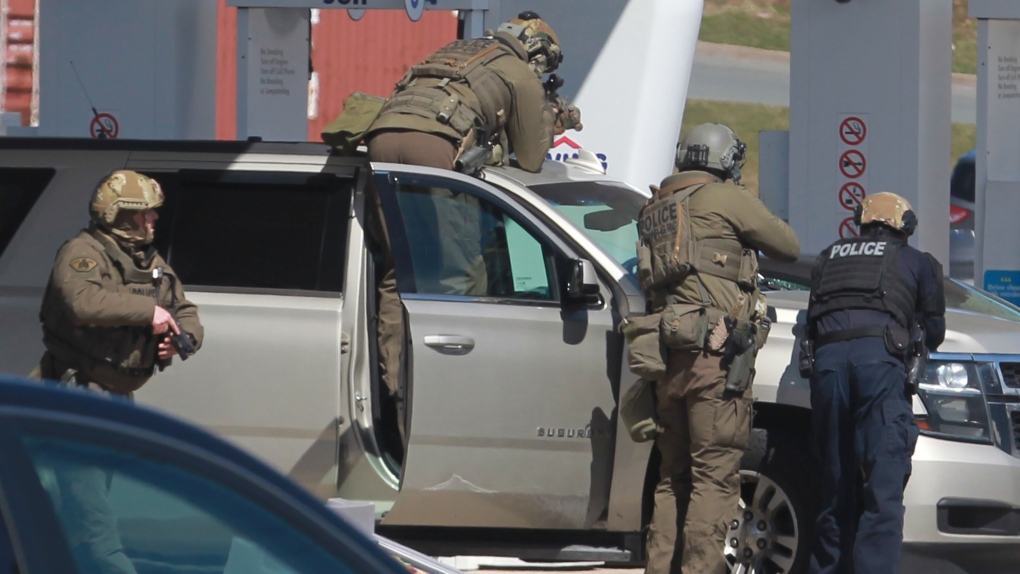 A report from Nova Scotia's Serious Incident Response Team says the driver of an RCMP vehicle recognized gunman Gabriel Wortman, who had killed 22 people in a rampage beginning the previous night. The driver drew his service weapon and then alerted his partner that Wortman was in the vehicle next to theirs. (THE CANADIAN PRESS)

HALIFAX -- A new report from an independent police watchdog reveals that the April 19 fatal shooting of the Nova Scotia mass killer occurred after two RCMP officers happened to pull up at a gas pump next to the gunman's vehicle.

Nova Scotia's Serious Incident Response Team says when the officers arrived at the Enfield, N.S., gas station, it was not known Gabriel Wortman had switched vehicles and was driving a grey Mazda3 stolen from a victim.

Police at the point believed Wortman was driving a Chevrolet Tracker taken from an earlier victim.

"It was a mere coincidence when the (officers) stopped to refuel their vehicle that unbeknown to them, the (suspect) was at an adjacent pump sitting in a vehicle that the (officers) were not on the lookout for," says the report by watchdog director Felix Cacchione, published Thursday.

It says when the officer who was driving got out to refuel, he saw a man with a noticeable injury and blood on his forehead.

The driver recognized the gunman, who had killed 22 people in a rampage beginning the previous night, from photos that had been posted at an RCMP command post, the report says. The officers themselves had seen firsthand the carnage in the village of Portapique, N.S., the report notes.

It says the Mountie drew his service weapon and "yelled out" to his partner that Wortman was in the vehicle next to theirs.

The second officer then moved across the front of the vehicle and Wortman raised the pistol he had stolen from RCMP Const. Heidi Stevenson, whom he had killed about 30 minutes earlier. Both officers opened fire, and Wortman died at the scene, the report says.

There was also a cardboard box with ammunition and a metal can containing various loaded ammunition magazines on the front passenger seat.

The police watchdog concludes the officers, who are not identified, were justified in their actions and no charges are warranted. The investigation drew on statements from the two officers who fired on the gunman as well as other witness officers, statements from 10 civilian witnesses, forensic reports and videos from the gas station.

Enfield is about 35 kilometres north of Halifax, and documents released last week suggest Wortman had planned to "get" two people in Halifax during his rampage.

The partially redacted RCMP search warrant applications, released Dec. 9, say the Mounties were warned of this by his common-law spouse, and Halifax Regional Police officers were dispatched to an unidentified residence where they provided protection to two people.

This report by The Canadian Press was first published Dec. 17, 2020.