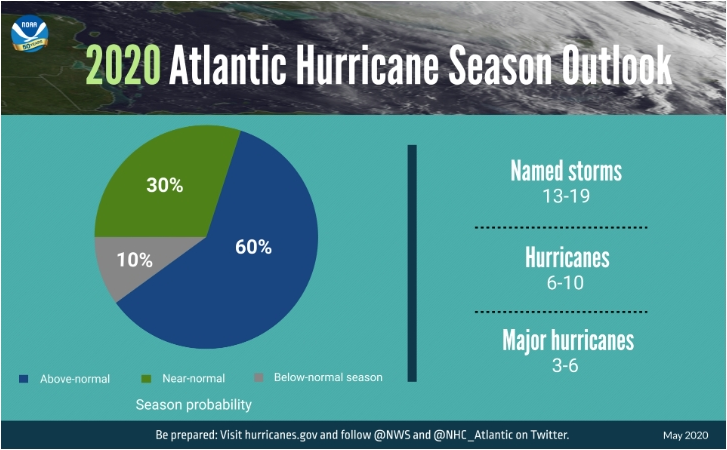 HALIFAX -- Canadian meteorologists are predicting another active hurricane season, saying conditions are right for a long list of tropical storms.

The Canadian Hurricane Centre in Halifax issued its seasonal forecast today, following up on a similar prediction offered Thursday by the National Weather Service in the United States.

The U.S.-based National Oceanic and Atmospheric Administration is predicting an above-normal Atlantic hurricane season with 13 to 19 named storms -- six to 10 of which could become hurricanes.

The average number of named storms during the season is 12, of which six typically become hurricanes.

Canadian Hurricane Centre spokesman Bob Robichaud says it's important to remember that regardless of the number of storms in the forecast, Canadians should start preparing for damaging weather.

Robichaud says last year's hurricane season was also an active one, producing 18 named storms -- including hurricane Dorian, which left a swath of devastation across the Bahamas before roaring over the Maritimes on Sept. 7-8.