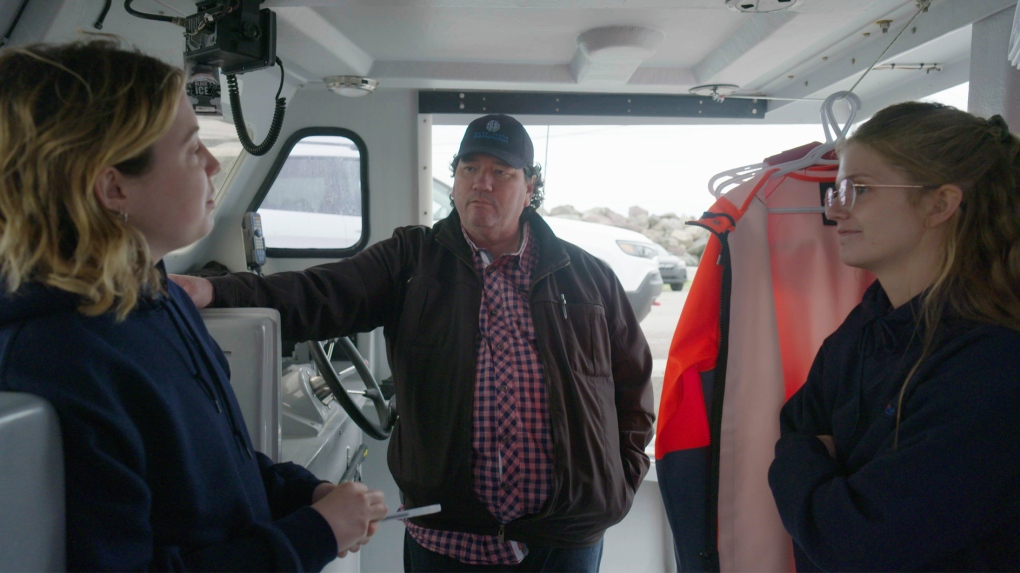 An environmental charity and the Membertou First Nation in Cape Breton are partnering to create electric lobster boats on the East Coast, saying it's the way of the future if Canada is to meet its zero-emission targets.

Oceans North announced Thursday it is working on the project with the Mi'kmaq community's fisheries and boatbuilding corporations, based in Sydney, N.S.

Hubert Nicholas, the director of fisheries at Membertou, said in an interview the new boats will likely be costlier than diesel-powered vessels at first, but he said it's expected there will be savings in maintenance and fuel costs.

"Right now, the cost is high ... but we anticipate that as battery-powered boats become more accepted and more are built, the price will drop dramatically," he said.

Nicholas estimated the cost of lobster boats is about $600,000 to $700,000, adding that an electrical boat would have higher, yet-to-be-determined costs for its engine and other components.

However, Nicholas said that the band's boat-building firm sees it as the way forward, and he said he believes the industry will soon follow the pattern of car and truck industries in a shift away from emission-belching diesel motors.

"We're seeing this as an opportunity to be ahead of the game. We want to be pioneers in this area," he said.

The federal government has set a goal that one in five automobiles sold in the country by 2026 will be zero-emissions and 60 per cent of them will be by 2030. By 2035 Canada intends to ban the sale of new internal-combustion engines in passenger vehicles.

Brent Dancey, director of marine climate action at Oceans North, said the fishing sector also needs alternatives to fossil fuels, as society shifts toward zero-emission targets. In 2020, the federal government announced that Canada has the goal of cutting net carbon emissions to zero by 2050.

Nicholas said he's already seeing the potential for increased safety because fuel cells and electric engines are established technologies with fewer breakdowns than aging diesel engines, which are based on "100-year-old technologies."

Rimot Inc. -- a Halifax-based technology firm specializing in marine electrification -- provided assistance to Membertou in the early stage of the project, studying how a conventional lobster boat uses energy in the course of a typical fishing trip. This data has been gathered as a baseline that naval architects and other experts can use in the next stage of the project, as hull designs are chosen, fuel cells are sourced, and electrical engine sizes are specified.

Dancey said that after the feasibility study is complete, the project team will seek further funding to finish the design and construct the first boat at Membertou's boatyard. He suggested he would look to governments for part of that funding.

"There are electric ferries working around the world. So, we want to take this technology that's working in a bunch of vehicles and put it into a lobster vessel," he said during an interview.

Nicholas estimated it will take two to three years to build the first electric vessel.

Andrew Boswell, the chief executive of Rimot Inc., said in an interview Thursday that one of the related areas of study involves how to set up in harbours charging systems to power boats and allow vessels to transfer unused energy back into the grid.

"You'll start to see chargers on wharfs across the province. ... And if we go at it in an unintelligent way, we'll load up the grid at times of greatest need," he said.

"But if we apply intelligence to this, we'll help the grid in its efforts to achieve net zero by tapping into the storage of energy on the vessels at key times."

This report by The Canadian Press was first published Dec. 2, 2022.

The federal Liberals are withdrawing an amendment to their guns bill that introduced a controversial new definition of an assault-style weapon. The amendment would have defined what kind of firearms should be banned in Canada and added dozens of new semi-automatic rifles and shotguns to the list.

China: Balloon over U.S. skies is for research, wind pushed it

China said Friday that a balloon spotted over American airspace was used for weather research and was blown off course, despite U.S. suspicion it was spying. The discovery further strained already tense relations between Beijing and Washington.

A letter of support signed by 30 prominent Quebecers, including academics, activists, and community leaders, is asking that Amira Elghawaby be given the chance to fulfil her mandate as Canada's first special representative on combating Islamophobia.

Ukraine unveiled a criminal case on Friday against the boss of Russia's Wagner mercenary company, and promised to track down and prosecute the company's fighters who try to flee abroad.