Mi'kmaq, Metis agree to address people 'misrepresenting' themselves as Metis 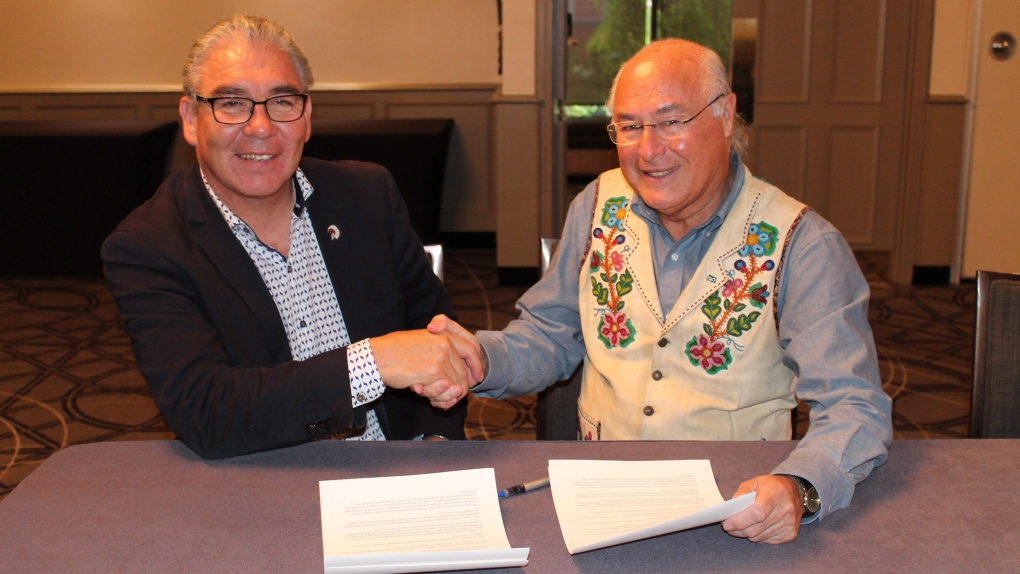 HALIFAX -- The Assembly of Nova Scotia Mi'kmaq Chiefs and the Metis National Council say they are concerned by the growing number of people "misrepresenting" themselves as Metis.

In a new memorandum of understanding, the groups have agreed to work together on the issue and educate the public about what they call "legitimate Metis Nation and Mi'kmaq issues."

Census data show the number of people who call themselves Metis soared nearly 125 per cent in Nova Scotia from 2006 to 2016, with dozens of new Metis groups cropping up over the same period.

"We are the original peoples of these lands, and we have spent decades establishing our treaty and Aboriginal rights and then working on the implementation of these rights," he said in a statement Wednesday.

"While the Mi'kmaq of Nova Scotia continue to share our lands with others, both the Mi'kmaq and the Metis Nation have territorial homelands and their rights are recognized within the confines of their respective territories."

The proliferation of self-reported Metis has emerged as a divisive debate.

Efforts by the new Metis to claim Indigenous rights and use identity cards that appear similar to Indian Status cards have fuelled a perception that the Aboriginal newcomers are so-called rights grabbers.

Yet people who call themselves eastern Metis argue that a distinct mixed-heritage people existed in the region with a shared history and culture. They say these mixed-race people were compelled to identify as white for fear of discrimination.

Karole Dumont, chief of the Council of the First Metis People of Canada, has previously said that hiding one's Indigenous heritage was a matter of survival.

Still, the Mi'kmaq assembly and the Metis National Council say they are "concerned about individuals claiming Metis identity and declaring the presence of Metis Nations in the province of Nova Scotia," according to the memorandum of understanding.

They say they plan to create a working group to collaboratively address the issue of individuals claiming Metis ancestry in Nova Scotia.

"The Mi'kmaq of Nova Scotia will define for themselves who is Mi'kmaq in Nova Scotia," the agreement signed on Sept. 27 says.

"The (Metis National Council) and its governing members have defined for themselves who is Metis and the process of citizenship."

The memorandum of understanding says only these two groups have the right to recognize and define citizenship within their respective nations.

The groups also aim to establish cultural awareness initiatives to educate the public.

"The right to determine our own identity and citizenship is at the heart of our self-determination and self-government in our historical homeland," Metis National Council president Clement Chartier said in a statement.

"It took decades of struggle for this right to be recognized by the federal government and Supreme Court of Canada and we defend it vigilantly."