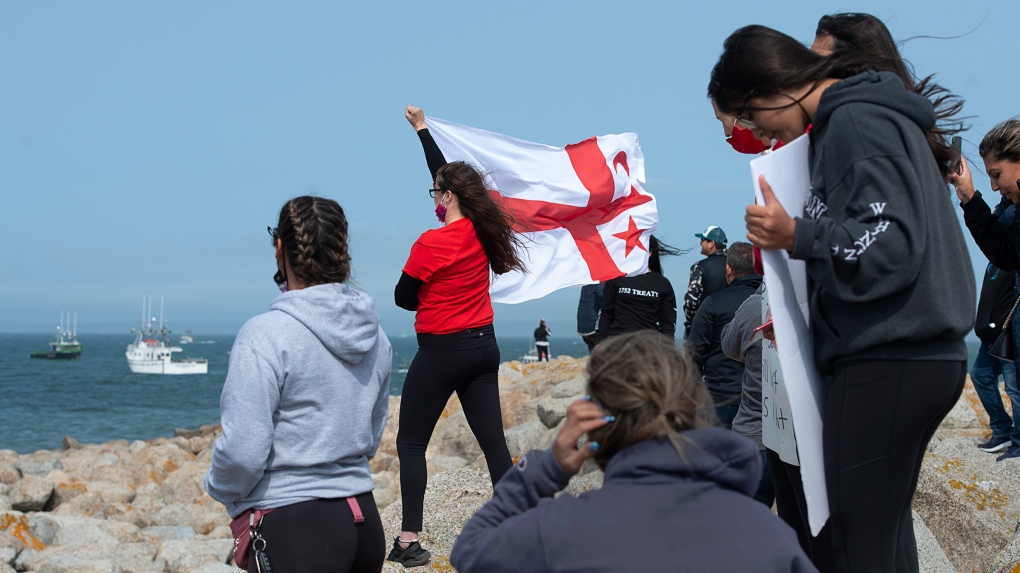 HALIFAX -- A Mi'kmaq First Nation in Nova Scotia that has launched a self-regulated fishery is proposing a joint study with the federal government on the health of the lobster stocks in St. Marys Bay.

Sipekne'katik First Nation said Friday the Mi'kmaw Conservation Group was willing to team up with federal biologists to determine whether catch restrictions are needed.

The federal Fisheries Department recently released figures for the historically rich fishing area in southwestern Nova Scotia, indicating a sharp decline in the lobster catch in recent years. The data indicates the lobster catch in the bay fell from 1,691 tonnes to 915 tonnes between 2016 and 2019 -- a decrease of 46 per cent.

Non-Indigenous fishing groups blame the decline on the rise in the number Indigenous harvesters and the recently launched "moderate livelihood fishery."

Rhonda Knockwood, operations manager at Sipekne'katik, said Friday the band believes more science is needed to determine the state of the stocks in the bay. The band is willing, she said, to limit its own catch if the stocks are found to be in decline.

"Sipekne'katik Chief and Council agreed any joint-study findings of stock depletions will be accounted for with necessary quota adjustments," she said in a news release.

Knockwood says the lobster-quota system the band envisions would go beyond setting trap limits, and instead create a system that limits the amount of lobster each captain can bring ashore.

The Sipekne'katik community licences 11 boats to fish in the bay, with a maximum of 50 traps each.

Knockwood said talks between Chief Mike Sack and Bernadette Jordan, the federal Fisheries minister, took place on Friday on the topic of a joint study.

Jane Deeks, a spokeswoman for the minister, said the Fisheries Department is not considering creating a quota system for the lobster fisheries, and will continue to control the fishing effort with trap limits and licences.

Bruce Hatcher, the chair in marine ecosystem research at Cape Breton University, said in an interview Thursday that while lobsters are plentiful, they're also under growing fishing pressure.

"In much of the Nova Scotia near-shore fishery, the best scientific, but still quite crude, estimates are that more than 80 per cent of the lobster that reach the legal size are captured in the year that they reach legal size.

"When the exploitation is at that level ... it gives me cause for concern."

This report by The Canadian Press was first published Oct. 9, 2020.

-- With files from Danielle Edwards.