The unofficial mascot of Team New Brunswick -- who had been reported missing -- has finally arrived at the Canada Summer Games in Ontario's Niagara region.

Prior to Mac's arrival, he hadn't been seen since Aug. 2 when he was first shipped off to Ontario.

Mac has been with the team -- in different embodiments -- since 2013, becoming a social media sensation along the way.

“The gnome has had several Twitter accounts and Instagram accounts and it's just sort of been passed down from games to games,” communications manager Bruce MacFarlane told CTV News Monday.

“The gnome also visits the host town, city, province -- he goes all around to every location and visits all the sites and gets his photo snapped.” 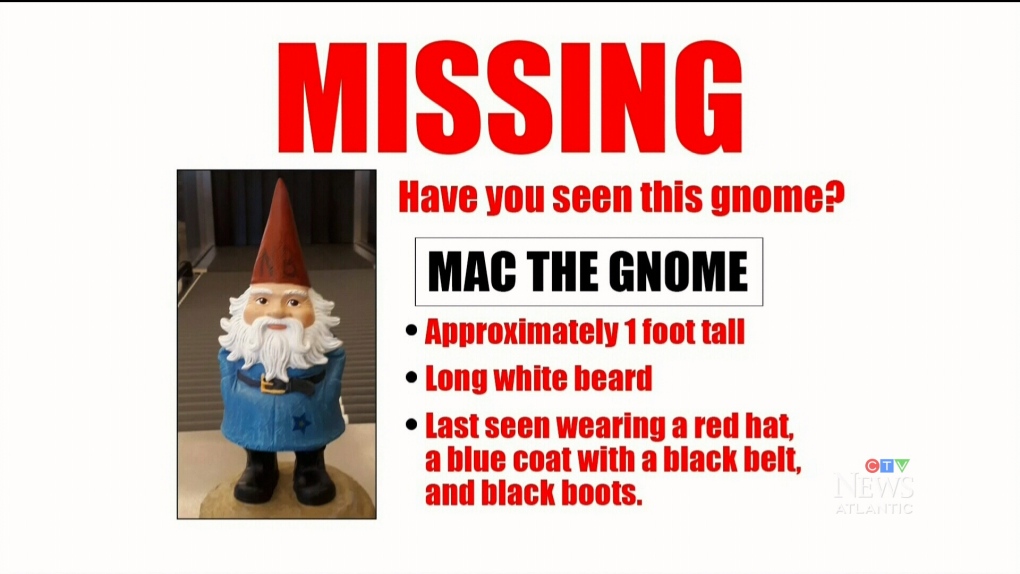 Unfortunately, these unforeseeable circumstances resulted in the team mascot missing out on the game's opening ceremonies, and cheering on some of the competitions.

But, now with his fashionably late arrival to the games, Team New Brunswick will have their No.1 fan in the stands for the remainder of the event.