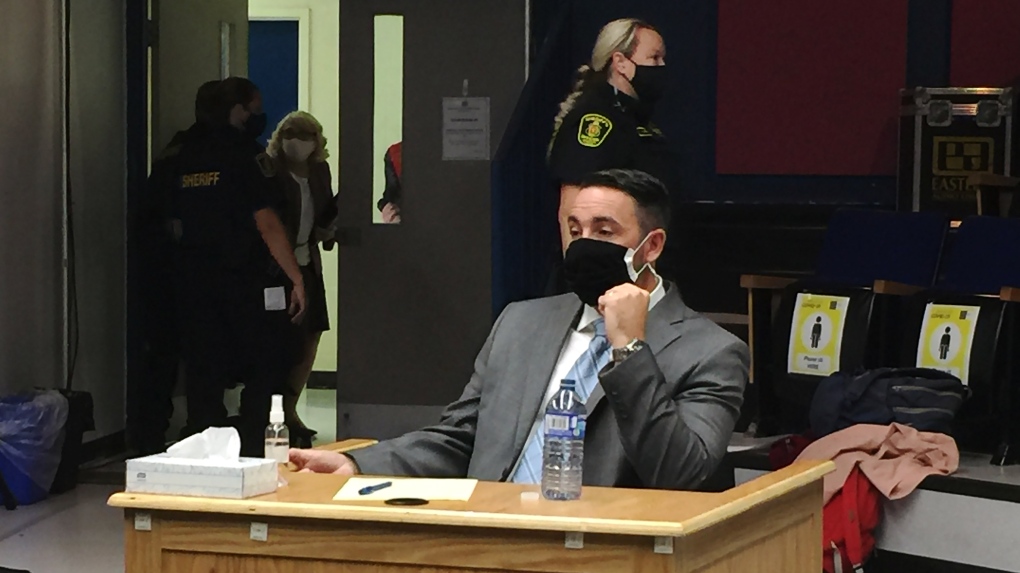 Const. Carl Douglas Snelgrove of the Royal Newfoundland Constabulary was facing his second trial for allegedly sexually assaulting a woman he had driven home in his police vehicle in December 2014. (THE CANADIAN PRESS)

ST. JOHN'S, N.L. -- A mistrial has been declared in the sexual assault trial of a Newfoundland and Labrador police officer.

Const. Carl Douglas Snelgrove of the Royal Newfoundland Constabulary was facing his second trial for allegedly sexually assaulting a woman he had driven home in his police vehicle in December 2014.

Crown prosecutor Lloyd Strickland said the judge declared a mistrial Friday morning, a day after jurors began deliberating, after he realized he'd made a mistake in dismissing two jury members.

Twelve jurors and two alternates sat through the trial, and the judge was supposed to dismiss two of them before deliberations began. Their names were supposed to be drawn from a lottery drum, Strickland said. Instead, the judge told jurors No. 13 and 14 they were free to go.

The judge admitted his mistake on Thursday afternoon and asked the defence and prosecution to think about it overnight, Strickland said.

"I asked that the judge recall all 14 jurors and do the proper selection process and then charge them to begin deliberations again," Strickland said. The defence asked for a mistrial.

In a statement emailed to reporters Friday afternoon, the defence said the error was "unfortunate, but it was fatal."

"We didn't ask for a mistrial so much as we acknowledged to the court that the error meant the jury was improperly constituted, and a mistrial was the only available remedy," the statement said.

A new trial -- which would be Snelgrove's third on this charge -- is set to be scheduled next week, the prosecution said.

"I think in complete fairness to the complainant, who's testified twice, she's probably going to have to do some thinking and search within herself ... and decide if she can bear another trial," Strickland said, adding that he is prepared to go to trial again.

Snelgrove first stood trial in 2017 for allegedly sexually assaulting the woman in her home. The verdict was successfully appealed in 2019. The retrial began last week in the auditorium of a former St. John's school to allow for social distancing.

This report by The Canadian Press was first published on Sept. 25, 2020.