A timeline of the deadly shooting in Fredericton 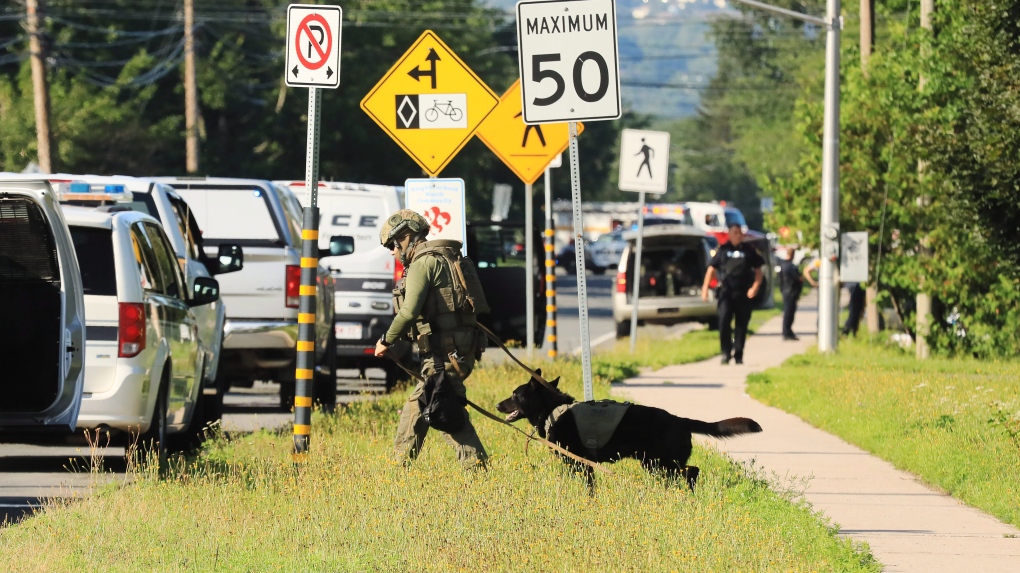 Police officers survey the area of a shooting in Fredericton on Friday, Aug. 10, 2018. (THE CANADIAN PRESS/Keith Minchin)

A timeline of events in Friday's deadly shooting in Fredericton. All times in Atlantic time:

7:07 a.m. Local resident David MacCoubrey is awakened by the sound of three gunshots just outside his bedroom window, followed by 17 more gunshots over the next hour.

7:10 a.m: Police receive a call about shots fired in the 200 block of Brookside Drive.

7:47 a.m. Fredericton police send a tweet cautioning people to avoid the area around Brookside Drive due to an "ongoing incident."

7:53 a.m. Police advise people living in the area to stay in their homes with doors locked.

8:17 a.m. Police tweet that there has been a shooting that caused "multiple fatalities."

8:31 a.m. Police confirm that four people have been killed in the incident.

9:30 a.m: After firing an undisclosed number of shots, police arrest a 48-year-old Fredericton man inside an apartment. He is taken to hospital

10:12 a.m. Prime Minister Justin Trudeau sends a tweet saying his "heart goes out" to everyone affected by the shooting.

10:28 a.m. City police confirm that two of their officers are among those killed.

11:05 a.m. Police lift the lockdown on the area and say there is no further threat to the public.

11:22 a.m. Police tweet that the suspect is being treated for serious injuries related to the shooting.

4:30 p.m. The fallen officers are identified as Const. Robb Costello, 45, and Const. Sara Burns, 43. The civilian victims, a man and a woman, aren't named.