Biker killed after colliding with deer on Cabot Trail 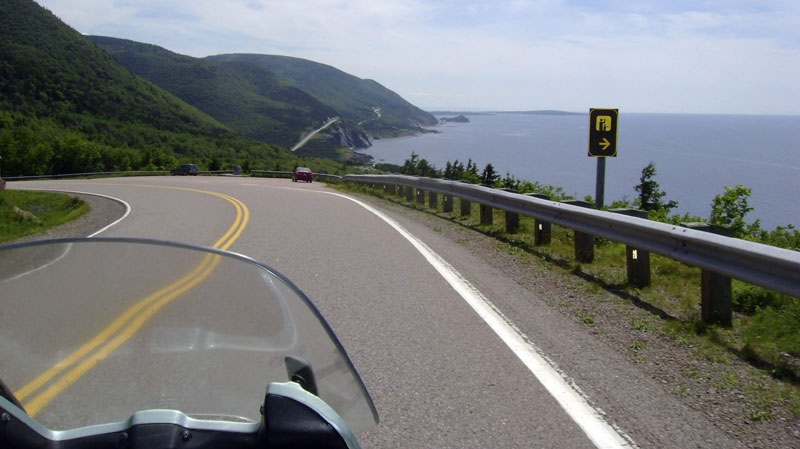 This July 13, 2010 photo shows the road along the eastern edge of Cape Breton Island during a 1,555-mile motorcycle tour along the Cabot Trail in Cape Breton, Nova Scotia. (AP Photo/Glenn Adams)

RCMP in Ingonish Beach responded to the scene near the Buchanan Memorial Hospital just before 10 a.m. Thursday.

They say a group of five motorcycles were travelling north on the popular trail when a deer came out of the ditch and collided with one of the bikes.

Police say the rider was knocked off the bike and struck the guard rail on the shoulder of the road.

The 47-year-old man was pronounced dead at the scene.

His name is not being released, pending notification of his family.

Police are still investigating the crash.