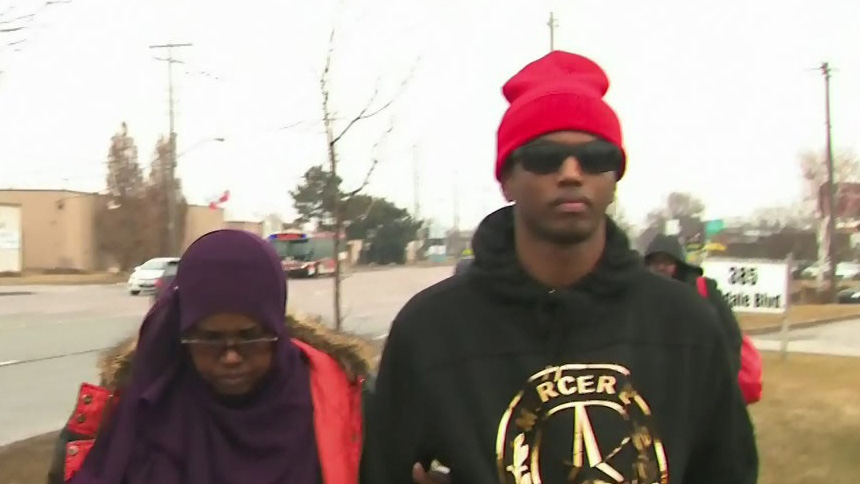 Abdoul Abdi was never granted Canadian citizenship while growing up in foster care in Nova Scotia.

The Canadian government says it will not pursue the deportation of former Somali child refugee Abdoul Abdi, according to a tweet from Public Safety Minister Ralph Goodale.

“The Government of Canada respects the decision filed on July 13 by the Federal Court concerning Abdoul Abdi. The Government will not pursue deportation for Mr. Abdi,” tweeted Goodale.

Abdi's lawyer, Benjamin Perryman, said Tuesday evening that he didn't receive any formal communication from the government, but called it "fantastic news."

Perryman says he was only notified of the news through Twitter and wants to confirm that the announcement means what it appears to say.

"It looks like Canada is dropping the case against Mr. Abdi all together," Perryman said.

He told CTV Atlanticit's unfortunate that it has taken this long, but he's "glad it looks like the government has done the right thing."

"I hope the government takes steps to make sure it doesn't happen again," Perryman said.

Goodale, the Minister of Public Safety and Emergency Preparedness, sent out the tweet just before 9 p.m. Tuesday.

On Monday, a Federal Court judge set aside a decision to refer Abdi’s case to a deportation hearing, saying Ottawa "blatantly" ignored his charter rights and did not consider international law.

In a written decision dated July 13, Justice Ann Marie McDonald said a delegate of the public safety minister failed to consider the Charter of Rights and Freedoms and international law in arriving at her decision, despite being statutorily mandated to render a decision consistent with the charter.

"Most blatantly, the (delegate's) decision discloses no indication that the (delegate) even considered the charter values," said McDonald, who does not name the delegate in her decision.

"In fact, the charter is not mentioned anywhere in the (delegate's) cover letter outlining the issues she considered or in the body of her decision. This is so despite Mr. Abdi's extensive submissions on the charter."

Abdi, who was born in Saudi Arabia in 1993, lost his mother in a refugee camp when he was four and came to Canada with his sister and aunts two years later. He was taken into provincial care shortly after arriving in Canada.

Abdi was never granted Canadian citizenship while growing up in foster care in Nova Scotia.

He was moved between foster homes 31 times. He lost his native language and developed behavioural problems that advocates say were not adequately treated. Those issues led to problems with the justice system and his non-citizenship put him at risk of deportation.

The Canada Border Services Agency detained Abdi after he served about five years in prison for multiple offences, including aggravated assault.

Abdi, who has never lived in Somalia and has no ties to the country, had sought a judicial review of the federal government's decision to refer his case to a deportation hearing. Perryman argued in Federal Court in Halifax that the decision was unreasonable, unfair and contrary to the charter and international law.

The Government of Canada respects the decision filed on July 13 by the Federal Court concerning Abdoul Abdi. The Government will not pursue deportation for Mr. Abdi.

With files from CTV Atlantic's Amanda Debison and The Canadian Press.