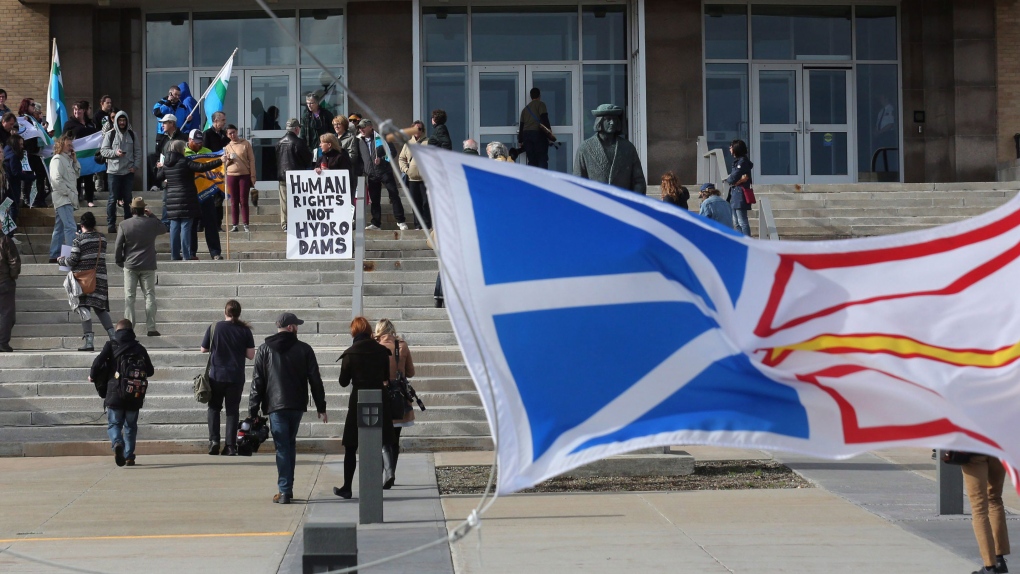 Protesters of the Muskrat Falls project gather on the steps of the Confederation Building in St. John's on Tuesday, Oct.25, 2016. THE CANADIAN PRESS/ Paul Daly

ST. JOHN'S, N.L. -- A criminal mischief charge has been dismissed against a journalist who was covering an Indigenous-led occupation at the Muskrat Falls work site in Labrador nearly four years ago.

A Crown lawyer told a Newfoundland and Labrador provincial court judge Tuesday that evidence would not be called in Justin Brake's case, which his lawyer Geoff Budden said was set for trial in July.

It marks the end of a years-long legal battle for Brake, who faced civil and criminal charges after he entered the Muskrat Falls site in October 2016.

People had entered the site to protest potential contamination of wild foods once the land was flooded for a reservoir, and Brake was reporting on the event for online news outlet The Independent.

He was later charged with civil and criminal contempt of a court-ordered injunction and with criminal mischief over $5,000 for alleged financial losses to the project.

In March 2019, provincial Appeal Court Justice Derek Green dismissed the civil charge, writing in his decision that Brake had established himself as a journalist and his actions did not fall within the injunction's scope.