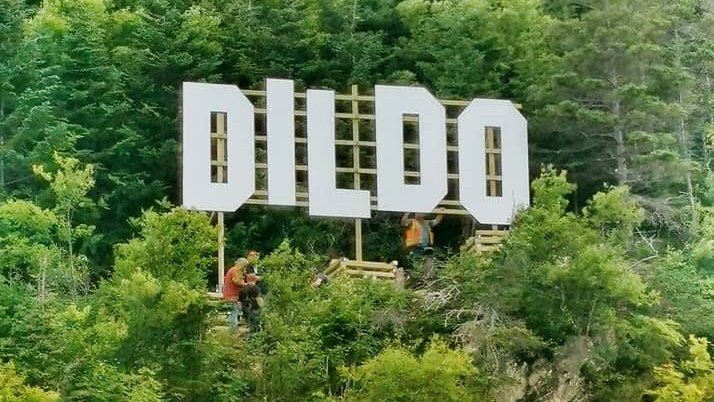 The community of about 1,200 has been bustling with visitors after late night comedian Jimmy Kimmel televised his tongue-in-cheek campaign for mayor of the "magical place" that shares its name with a sex toy.

The sign, a gift from Kimmel, was unveiled on a hill above the picturesque community during a segment of Jimmy Kimmel Live last Thursday.

Andrew Pretty, committee member for the local service district, says "no trespassing" signs were hastily assembled and put on properties after about 20 people tried to climb up the hill for photos.

Pretty says the sign spelling out Dildo's name in large capital letters is located behind private residences, and having tourists trek through the properties is an invasion of homeowners' privacy.

The warnings went up on the weekend, but Pretty says some people are disregarding them to make the dangerous climb of about 45 metres.