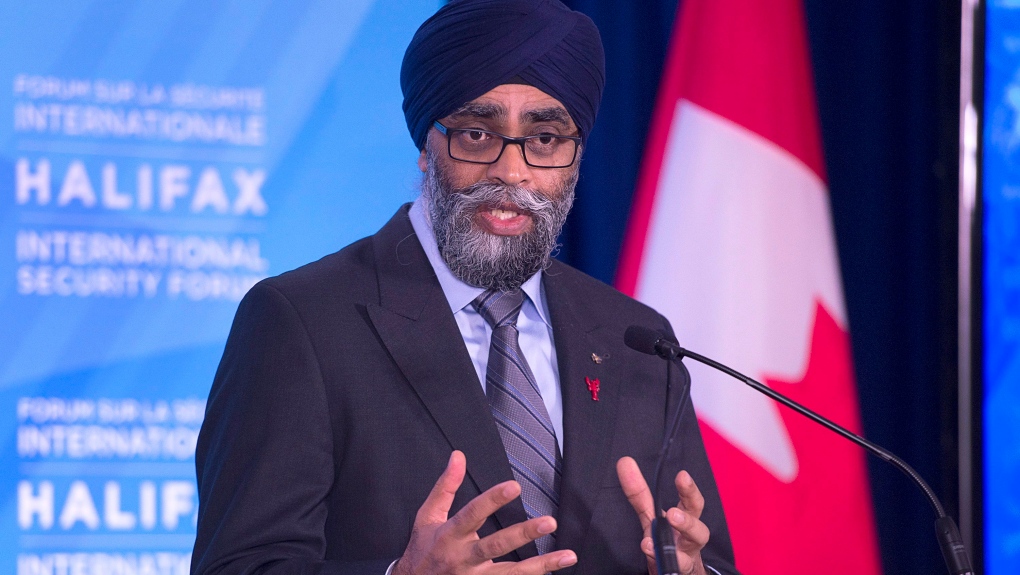 HALIFAX -- It's often the unscripted moments at the Halifax International Security Forum that support the spread of democratic values, according to Robin Shepherd.

The vice president of the annual gathering recalls one such instant during a November 2016 session with the late U.S. senator John McCain, as the Republican issued a growling warning to then president-elect Donald Trump.

"I don't give a damn what the president of the United States wants to do. We will not waterboard," McCain told an audience. "We will not torture people ΓÇª It doesn't work."

During the Republican primaries, Trump had made statements indicating he was in favour of waterboarding torture, drawing the Arizona senator's impassioned reaction at the Halifax forum.

As the 11th version of the forum gets underway this week, Shepherd says such moments remind participants the event exists to nurture democracy and ensure its security.

"The record shows that pushback from Senator McCain ensured that the (Trump) administration has not erred and moved in that direction (of torture)," he said.

Shepherd said after the fall of the Berlin Wall there was a misplaced belief that democracy would grow and flourish, yet since the 1990s there is instead evidence of decline, with countries such as China attempting to present a rival, authoritarian vision.

Yet, in places such as Hong Kong, Shepherd said he sees hope, as students struggle to retain human and civil rights.

"The torch of freedom burns very brightly. It's sometimes very arrogant of us in the West to believe only we are in favour of democracy and human dignity," he said.

The conference will include Emily Lau, chair of the foreign affairs committee of the Democratic Party in Hong Kong, and Shepherd says a leader of the student activist movement is also expected to attend.

This year, as newly re-appointed Defence Minister Harjit Sajjan once again acts as host, the forum is expecting participants from more than 80 democratic countries.

Shepherd said the current impeachment hearings in the United States over Trump's involvement in Ukraine are likely to come up.

A series of witnesses in congressional hearings have testified that Trump personally sought investigations into Democrats, including his potential 2020 rival Joe Biden.

"I'm going to be leading the chat (with Poroshenko), and I can tell you I'll bring it up," said Shepherd.

"The United States is almost completely consumed by the interplay between its domestic politics and the politics of Ukraine."

Richard Spencer, secretary of the U.S. navy, will also be at the gathering, as will Republican Sen. Jim Risch of Idaho, the chairman of the U.S. Senate's foreign relations committee.

Democratic Virginia Sen. Tim Kaine is returning to the forum to participate in a discussion titled, "The Importance of Being Allies," along with Sir Michael Arthur, president of Boeing International, and Gen. Rajmund Andrzejczak, chief of staff of the Polish Armed Forces.

The forum will also hear from Robert O'Brien, assistant to the U.S. president for national security affairs, in a forum titled "Preserving Peace through Strength."