‘He has given me hope’: Co-workers recovering, share special bond, after liver transplant

Two co-workers involved in a living liver transplant in Alberta are making amazing progress two weeks after the major surgery in Edmonton.

The recipient, Karla Frisko, had the last of her IV tubes removed on Sunday -- something she called a “game-changer,” especially since she was allowed to sit outside in the Edmonton sunshine for a while.

The 46-year-old Calgary woman, who is the younger sister of CTV Atlantic anchor and reporter Bruce Frisko, is also getting more mobile, developing more of an appetite, and participating in regular physiotherapy.

Doctors determined a transplant was the only remedy after Frisko was diagnosed with primary sclerosing cholangitis, a rare condition that causes a narrowing of the bile ducts.

She had been on the transplant list since July 2021, but says her procedure wasn't considered enough of a priority to make her eligible for an organ from a deceased donor.

Friends and family were screened under Alberta’s Living Liver Donation Program, but most were ruled out.

Discouraged, Frisko vented about the situation during a work call that included Scott Watson, a relatively new employee at Sun Life Financial, where they’re both employed.

It was a conversation that would change both of their lives.

"Karla just made a huge impression on me when she told me her story," Watson told CTV News Calgary on April 29.

"I had this overwhelming feeling when we were talking that I should go and get tested,” he said.

Watson was a match and the surgery was performed on May 2. 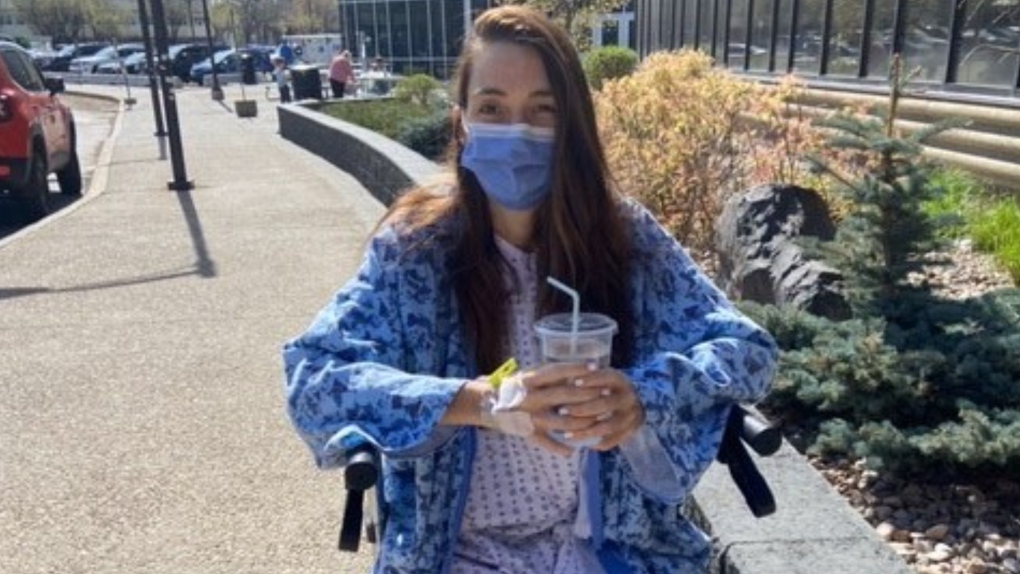 Karla Frisko enjoys the sunshine in Edmonton, Alta., on May 15, 2022, as she recovers from a liver transplant. (Submitted: Kim Fiesel)

Karla Frisko enjoys the sunshine in Edmonton as she recovers. (Submitted: Kim Fiesel)

Frisko was in the operating room for 12 hours; Watson for more than six.

Surgical teams removed her liver and replaced it with part of his.

Doctors say they’re both healing nicely and both organs appear to be functioning well.

Although pain management remains a work in progress for both patients, Watson was released from hospital in Edmonton a little more than a week ago and cleared to return home to Calgary on Saturday. 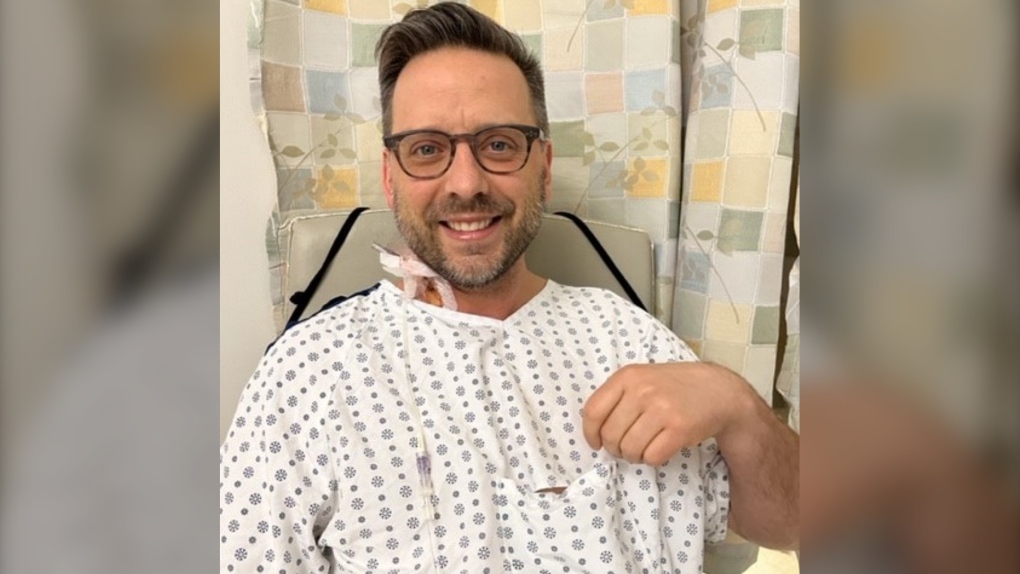 Scott Watson is seen in hospital in Edmonton. He donated part of his liver to Karla Frisko -- a co-worker he barely knew. (Submitted: Joe Connors)

In an Instagram post, where he’s been documenting the journey to a growing number of followers, Watson admitted the three-hour car ride wasn’t the most comfortable he’d ever had, but was doing well, all things considered.

The two have video-chatted regularly before and after the surgery, and will doubtless share a lasting bond long after they have healed.

“Hope. He has given me hope,” Frisko said.

'I just pray that they are going to be fine': Witnesses recall violent shooting at B.C. bank

Witnesses recount what they saw after police officers engaged in a shooting with armed suspects at a bank in Saanich, B.C., on Tuesday morning. Two suspects are dead and six officers are in hospital with gunshot wounds.

B.C. Premier Horgan announces he will step down

After five years in the role, John Horgan announced on Tuesday afternoon he plans to step down as premier of British Columbia and has asked his governing party, the NDP, to hold a leadership convention later this year.

Donald Trump rebuffed his own security's warnings about armed protesters in the Jan. 6 rally crowd and made desperate attempts to join his supporters as they marched to the Capitol, according to dramatic new testimony Tuesday before the House committee investigating the 2021 insurrection.

Ghislaine Maxwell, the jet-setting socialite who once consorted with royals, presidents and billionaires, was sentenced Tuesday to 20 years in prison for helping the financier Jeffrey Epstein sexually abuse underage girls.

Airbnb has codified a global policy that prohibits guests from hosting parties or events on all listed properties.