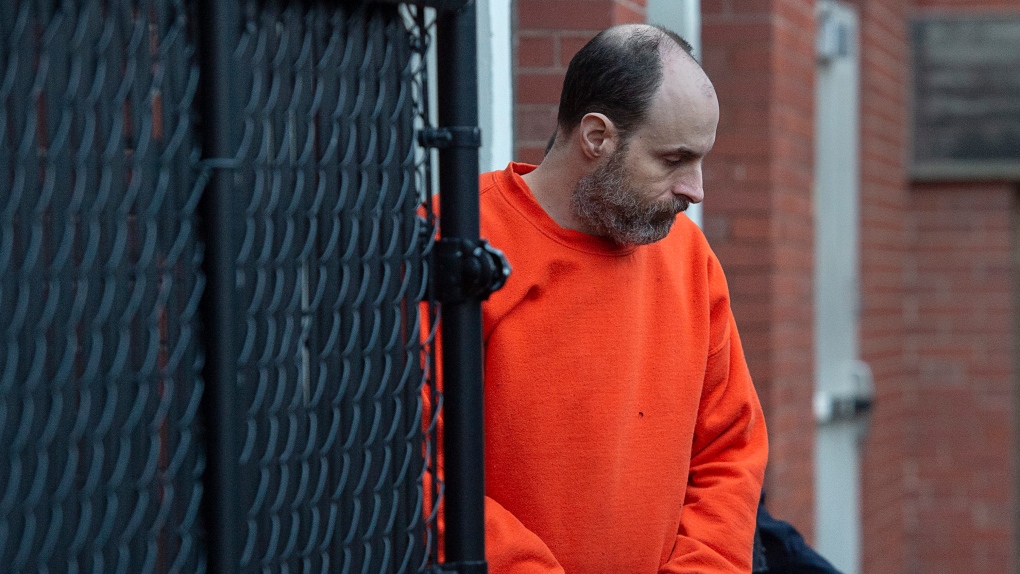 FREDERICTON -- The lawyer for a Fredericton man accused of killing two police officers and two civilians in the New Brunswick capital in 2018 says he believes his client is now fit to stand trial.

Matthew Raymond was in Court of Queen's Bench in Fredericton Wednesday after the court received a report from psychiatrist Ralph Holly.

There is a publication ban on that report, which was prepared while Raymond underwent a 60-day treatment period that included receiving anti-psychotic medications.

"For 60 days, he was subject to an involuntary treatment order because of the jury's original finding of unfitness. Now we have received the report of the doctor," Gorham said outside the court. "Our position now is that he is fit to stand trial as things currently stand."

The final determination of fitness will likely have to be made by a jury and is required before a trial can proceed. Fitness means that an accused understands the charges against him, the consequences of the case against him and is capable of instructing a lawyer.

Much of Wednesday's hearing is covered by a publication ban.

The two civilians were killed as they loaded their car for a trip, and the officers were shot as they responded to the scene.

A jury found Raymond unfit to stand trial on four counts of first-degree murder in October, leading to the treatment period.

The case returns to court for a case management hearing on Jan. 6.

This report by The Canadian Press was first published Dec. 18, 2019.