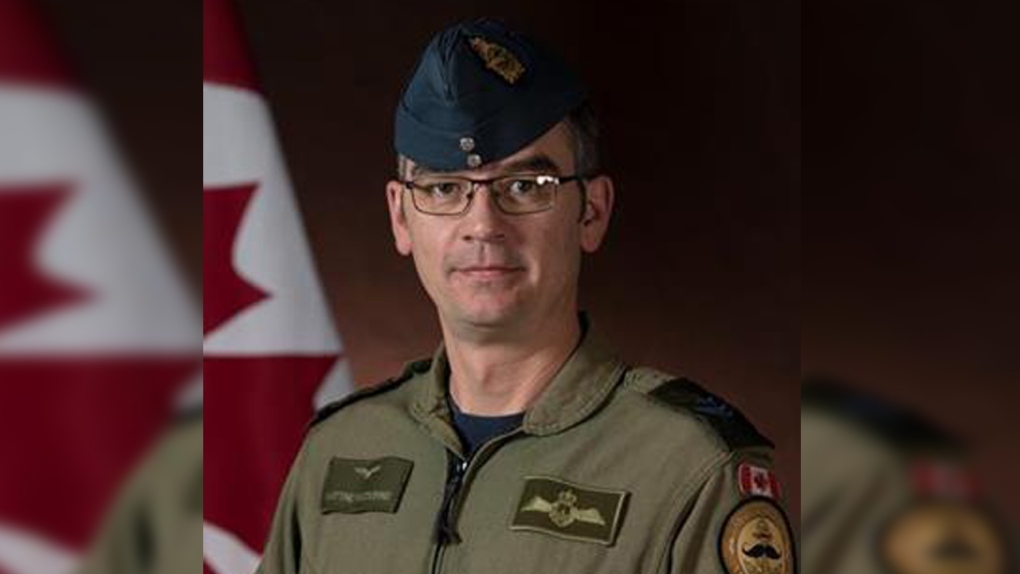 Master Cpl. Matthew Cousins seen here in this photo from the Department of National Defence.

HALIFAX -- A Canadian Armed Forces member who was killed in a helicopter crash off the coast of Greece last month is being remembered as a “loving father” and “valued friend.”

The family of Master Cpl. Matthew Cousins made the comments in a statement posted on the Royal Canadian Air Force’s Facebook page on Friday.

Originally from Guelph, Ont., Cousins’ career in the Canadian Armed Forces spanned 26 years. During that time he worked as a reserve infantryman, RMS Clerk, and an airborne electronic sensor operator – his trade at the time of his death.

A husband and father of two, Cousins’ career decisions were influenced by his need to provide stability for his family, said his family in the statement.

“Matthew had many roles during his time with us – devoted husband, amazing father, son, brother, colleague and friend to many,” they said.

“Our son describes Matt as his mentor. As long as we can remember, he has always wanted to be like his Dad. Our daughter describes him as unique. His humor may have been a little off centre and pushing the boundaries but it was always timed at the right moment. His best friend describes Matthew’s openness as abrasive to some but led to the most valued friend he has ever or could have ever had and he will forever be thankful.”

Cousins was among the six Canadian Armed Forces members who were onboard the CH-148 Cyclone helicopter, known as Stalker 22, when it crashed into the Ionian Sea on April 29, killing four members of the air force and two from the navy.

Defence officials have said the helicopter was returning to HMCS Fredericton following a NATO training exercise when it crashed.

The Cyclone was deployed with the Halifax-based HMCS Fredericton to Europe in January, where it had been attached to a NATO maritime force tasked with patrolling the Mediterranean and Black seas.

In a previous statement, Col. James Hawthorne, the commander of 12 Wing Shearwater, the Cyclone's base, said Cousins was "an outstanding aviator who kept the officers of his crew in line and focused on the mission.”

According to his family, Cousins was quick-witted and had “a smile that could light up a room even in the darkest of times.”

“He had a way of understanding people, a way that could bring the best out in others, and a rugged determination to achieve any goal he set,” said his family.

“These qualities would see him through finishing the Ironman competition at CFB Petawawa, and starting a band with his closest friends. Through all of this, at the end of the day, you could always find him welcoming a friend or stranger over to enjoy an evening under the gazebo.”

The Canadian Armed Forces announced Wednesday that it had located the remains of some of the military members who died in the helicopter crash.

A Canadian search and recovery team working with the United States Navy discovered the remains early Wednesday morning, not far from where they also located a large piece of the helicopter's fuselage, the military said in a written statement.

Cousins’ family says he will never be forgotten.

“Although Matthew is no longer here with us in person, his spirit lives on through all our memories. He was loved, is loved,” they said.

Cousins’ family also expressed their condolences to the families of the other fallen members.

“Our hearts are heavy with you,” they said.