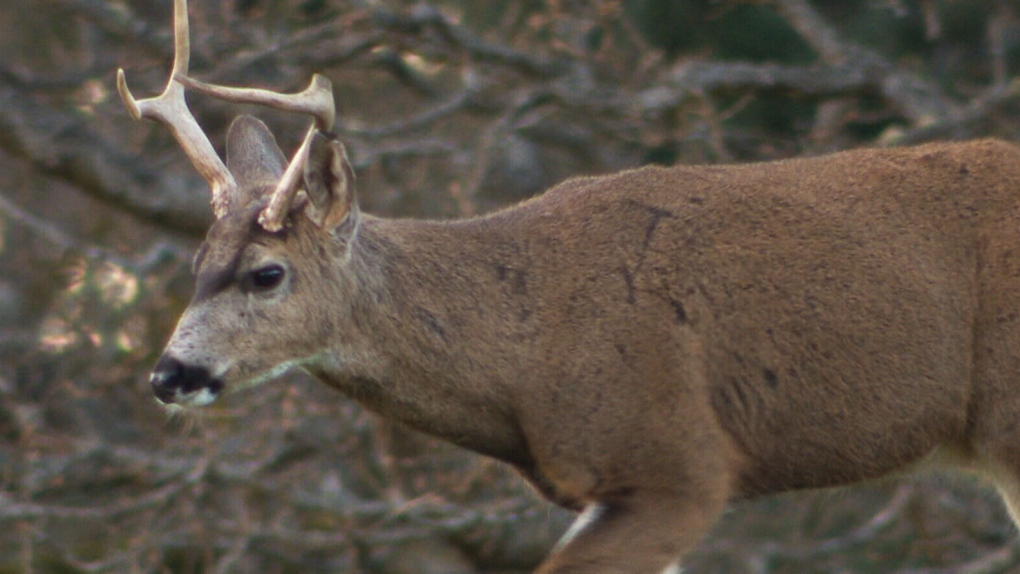 ST. ANDREWS, N.B. -- A picturesque East Coast tourist town is fighting to keep its deer population under control as residents deal with decimated gardens, damaged property and smelly surprises in their backyards.

St. Andrews, N.B. covers just slightly over eight square kilometres, but the community is home to around 107 deer. That's about 13 deer per square kilometre, which is greater than the (human) population density for all of New Brunswick.

St. Andrews Mayor Doug Naish said the issue appears to be worsening over time and the four-legged pests have begun to taken over the town.

"This has been one of these things I thought I'd never have to deal with as mayor," he said in a phone interview Sunday. "I like the deer, myself. I like looking at them. But I see that they're problematic and that we can't just allow them to continue to increase their population."

St. Andrews boasts a warm climate, award-winning gardens and no natural predators -- effectively creating a paradise for deer to live, eat, and reproduce.

For some residents, chasing deer from private properties has become a near-daily occurrence, with some gardeners erecting fences to keep deer from munching on their plants.

Naish said that's a problem in a town where tourists flock to take in the lush greenery.

"We are all personally affected by the fact that we've got fairly large animals wandering on our streets, our sidewalks, and in our front and back lawns," he said.

A group of five fourth-year students from the University of New Brunswick's faculty of forestry and environmental management are helping the town tackle this issue as part of their studies.

The students looked at both lethal and non-lethal options for deer management, and are recommending a hunt and cull as the best way to deal with the infestation.

The town has had an annual bow hunt since 2016, but the students said it would be more effective when combined with a cull, where deer would be lured to a spot in town and killed.

In their research, they conducted a public opinion survey where 85 per cent of the respondents felt the deer were creating problems.

"There are a lot more deer than the public will tolerate," said group member Maddie Hall.

The sentiment was echoed by fellow member Angela Dick, who said the abundance of deer is more than just a nuisance for the people of St. Andrews: there are also concerns over health and safety.

"A lot of people are concerned because deer are a vector for Lyme disease," she said. "Some people are afraid to let their kids even go out in the yard."

According to the mayor, the furry creatures also pose a problem for motorists: while the locals are used to keeping an eye out, tourists might not be prepared to slam on the brakes.

The town has already put up some road signs warning drivers about the deer, and more are planned to go up in the spring.

Naish said the town has experienced a "significant" amount of car collisions with deer, and on one occasion, a deer ran into a cyclist, breaking his arm.

The hunt and cull recommendation may be controversial among residents, but Naish said he welcomes the input from the UNB students.

"There are many people in the community, I believe, that don't want to harm the deer, and I don't particularly want to harm them either," he said. "I would love it if they'd just go away on their own, but I don't think they will."

The students will present their findings at a public council meeting in St. Andrews on Monday.