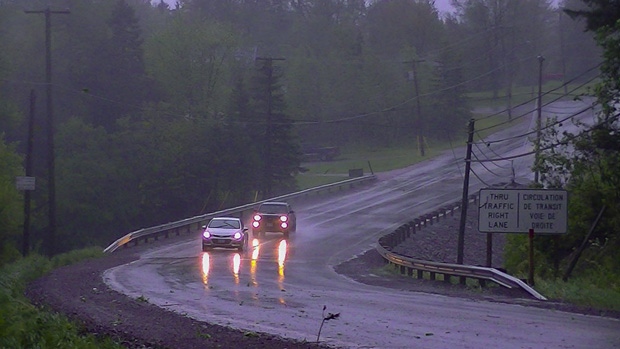 FREDERICTON -- Thousands of people are without power and a number of trees have been uprooted in the Fredericton area after a strong wind and rain storm swept through the area on Friday night.

There are also trees uprooted and branches down in the capital area, after gusts and heavy rain struck York and Sunbury Counties.

The local fire department reported one blaze in the city at a downtown apartment, while there were also media reports of damage to mobile homes on the outskirts of the city.

The Canadian Red Cross says six tenants were displaced from their four-unit apartment when a tree fell on power lines and pulled down the electrical mast leading to the building.

Environment Canada says the storm brought gusts of up to 90 kilometres per hour and up to 20 millimetres of rain.

This report by The Canadian Press was first published June 6, 2020.