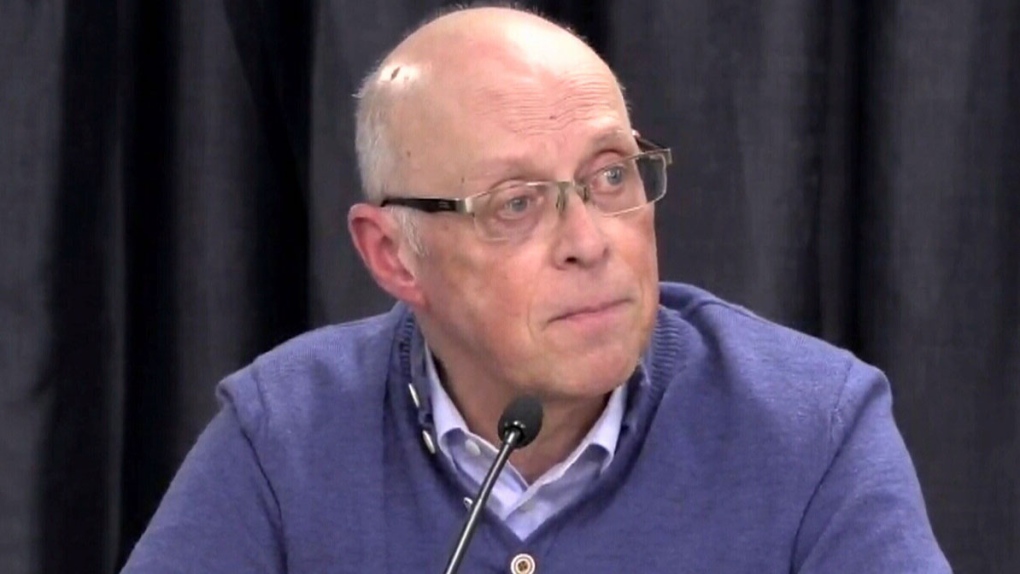 Newfoundland and Labrador Health Minister John Haggie is seen in this image from March 18, 2020.

ST. JOHN'S, N.L. -- Early data suggests Newfoundland and Labrador has so far been successful in curtailing the spread of COVID-19, but officials are warning the province's aging population creates particular risks.

Premier Dwight Ball has noted his province has the highest proportion of seniors in the country, and rates of hospitalizations and intensive-care admissions for COVID-19 are higher among those aged 55 and over.

"That's me, that's some of you. We are the ones that end up in ICU, and when you look at our population, well, there's more of us than anyone else," Ball said Wednesday.

The factors raising concern among Newfoundland and Labrador officials are common throughout the Atlantic region, where the four provinces rank highest in the country for seniors per capita.

So far, five deaths related to COVID-19 have been reported in the region, three in Newfoundland and Labrador and two in Nova Scotia. The victims ranged in age from 61 to a woman in her 90s.

He says lower literacy rates and high poverty rates in Newfoundland and Labrador are additional factors that lead to poor health outcomes in general.

"A whole range of health conditions to which Newfoundlanders are particularly exposed, make it more likely that if they get infected, they'll get a serious case," he said.

Earlier this week, Newfoundland and Labrador's health minister, John Haggie, pointed to data showing a higher likelihood of complications if a patient has two underlying conditions, such as diabetes and high blood pressure, which are common in the province.

Across Atlantic Canada, health status and health outcome indicators are pretty much the same, Bornstein said.

Dr. Kenneth Rockwood, a professor of geriatrics at Dalhousie University in Halifax, says the Atlantic region's older population is an important factor, but he stressed that the population's degree of frailty is key.

"We haven't shied away from saying that in this pandemic the burden of illness falls mostly on older adults, and access to intensive care is going to be really complicated," he said. "We're going to have more difficult conversations."

However, Rockwood said the region has two things working in its favour: the fact that COVID-19 showed up in Atlantic Canada relatively late -- allowing more time to prepare -- and the fact that its older population is relatively eager to follow health protection orders.

"We tend to be a reasonably compliant group," he said.

According to the Public Health Agency of Canada, the age distribution of COVID-19 cases in Canada, as of April 8, was about evenly split between those over the age of 50 and those under. However, federal figures released Tuesday make it clear the viral infection is particularly deadly for seniors.

Projections released Wednesday indicate the rate of infections in Newfoundland and Labrador slowed after a cluster of cases connected to a funeral home appeared in March. The models predict that under current measures, the rate of hospitalizations should be manageable through the end of the month.

But Dr. Proton Rahman, a professor of medicine at Memorial University of Newfoundland, said the picture could change quickly, noting the province has recorded its first case in a long-term care home -- places that have been "hotbeds" elsewhere in the country.

"It's not going to take very much to change the dynamic," he said.

Federal health officials confirmed Thursday that 198 of the 401 deaths in Canada were in long-term care homes.

With files from Michael MacDonald in Halifax.