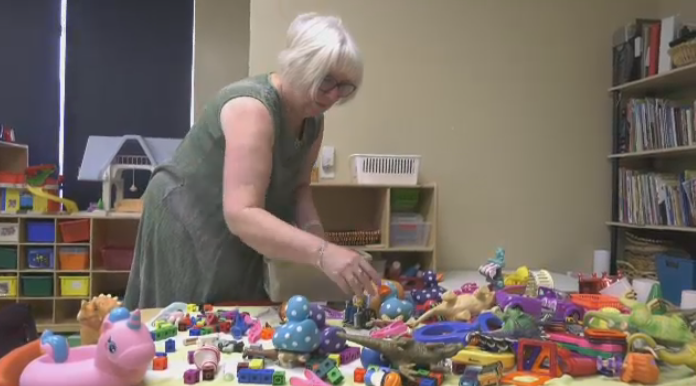 Bonnie Minard, the Executive Director of Portland Daycare Centre in Dartmouth, noted in her 30 years in the industry she has never seen the sector in such a critical condition.

Nova Scotia must hurry to roll out its promised wage increases for early childhood educators to address the "crisis" in child care caused by staff shortages and rising costs, according to some daycare operators in the province.

Bonnie Minard said Wednesday she is struggling to recruit and retain educators for her Halifax-area daycare and is worried about increased demand for care in September, when enrolment typically jumps. Minard, who runs the Portland Daycare Centre in Dartmouth, N.S., said she is trying to hire four full-time staff.

Nova Scotia has promised daycares a wage compensation program this fall to improve the pay of early childhood educators. This program is tied to the $605-million deal between the province and the federal government to create $10-a-day child-care spaces.

Minard said the wage compensation needs to be implemented immediately to improve staffing, keep daycare centres running and ensure the professionals working with children "are paid what they deserve."

"I don't think government understands the level of frustration and disrespect that ECEs (early childhood educators) feel," Minard said in an interview.

With the rising cost of supplies needed to run a daycare, the frozen child-care fees and the shortage of early childhood educators, "it's becoming more and more difficult for centres to operate," Minard said.

Qualified staff have been leaving daycares to work in Nova Scotia's pre-primary program since it was created in 2017, where there are higher salaries. Minard said finding staff has only become more challenging in the years since.

Pam Streeter, who runs Creative Kids Education Centre in Hammonds Plains, N.S., said she has had to delay the launch of a toddler child-care program that was set to start in September due to a lack of staff. She has been trying to recruit three full-time and five part-time staff for several months.

The wage floor for early childhood educators in Nova Scotia is between $15 and $19 per hour depending on level of training, though many operators, including Minard and Streeter, pay their staff above this rate.

Streeter said in an interview Wednesday that recruitment efforts would improve if the government announced the details of its wage compensation program, even if the pay raises came later.

"I could tell someone I'm interviewing today that `this is what you'd make today, but in two months or so guess what -- this is what you'll make,"' she said, referring to the expected wage upgrade. It would also encourage early childhood educators who've left the field to return, Streeter added.

When asked about progress toward rolling out the ECE compensation, Education and Early Childhood Development Minister Becky Druhan said in an emailed statement that the province agrees "this work is decades overdue" and there will be an update in early fall.

Druhan said ensuring ECEs are compensated fairly is an "urgent priority" and the department is "working to advance this and put more money in their hands as soon as possible."

Nova Scotia has pledged to create 9,500 new early learning and child-care spaces by 2025, with 1,500 of those new seats in place by the end of this year. That promise is tied to its funding deal with Ottawa.

On July 10, Making Friends Preschool in Truro announced that it would be closing its doors. In a statement on social media, the child-care centre said the decision was due to rising rent and frozen daycare fees.