N.S. government pressing ahead despite opposition to coastal land sale 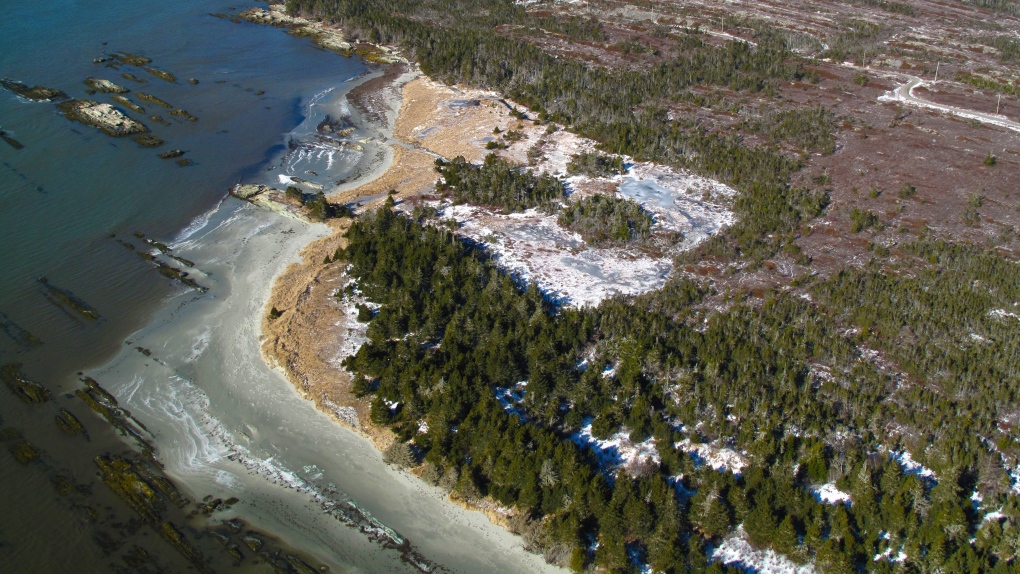 HALIFAX -- The Nova Scotia government is continuing to entertain the idea of selling a section of rugged, Crown-owned land along the Eastern Shore to a private developer, despite growing public opposition.

Premier Stephen McNeil has been the subject of a letter writing campaign by opponents of a proposal to build as many as three golf courses on a 285-hectare area of coastal barrens and wetlands known as Owls Head.

Following a cabinet meeting Thursday, McNeil admitted he had received "a lot of letters," but said they didn't influence his government's decision to press ahead.

"There's certainly been a lot of letters sent to me," he told reporters. "While I enjoy hearing from people it will be based on the facts. That property was never protected and it will go through the process."

Last March, Owls Head was quietly removed from a government list of land awaiting legal protection. But cabinet's move only came to light in December after CBC reported on documents obtained through an access-to-information request.

The land had been designated for provincial protection by the former NDP government prior to the 2013 election, which resulted in McNeil's Liberals coming to power.

Groups such as the Canadian Parks and Wilderness Society say the Owls Head coastal headlands contain rare coastal ecosystems and a habitat for species at risk, such as the piping plover.

The organization launched a letter writing campaign, while a separate Facebook group dedicated to saving the area has over 2,600 members. Moreover, an environmental advocacy group called the Eastern Shore Forest Watch Association has also been vocally opposed the land sale.

Iain Rankin, Minister of Lands and Forestry, said a U.S.-based company has submitted an application to purchase the land, located near Little Harbour, N.S. He said the developer will be required to consult the public before the territory can be purchased.

"In the terms of the letter of offer that we put together we have a clear condition to have a public engagement plan that we have to approve," Rankin said. "We'll be watching to make sure (the company) has a comprehensive plan to engage the public before we take it to cabinet for a final decision."

The minister said the developer had not yet submitted such a plan.

NDP Leader Gary Burrill said it doesn't make sense to leave the consultation to a private entity when it's the government that is responsible.

Burrill said there should be a law preventing the province from removing a piece of land from a list of territory slated for legal protection, prior to a proper consultation. Owls Head was placed on the list through a public process, he said, and it should only be removed following a "thorough, extensive public consultation."

Meanwhile, a judicial review is being sought regarding the government's decision to remove Owls Head from the Parks and Protected Areas plan.

They are also seeking an extension to the six-month time limit to filing a notice of court action, because the government's decision to remove the land from the list of pending protected territory wasn't made public by cabinet.

"We're arguing that the minister didn't give the pubic even the barest minimum of procedural fairness, and that being notice that this (sale) was going to be happening," Simpson said in an interview.

Simpson said the procedural motion will be heard March 24.