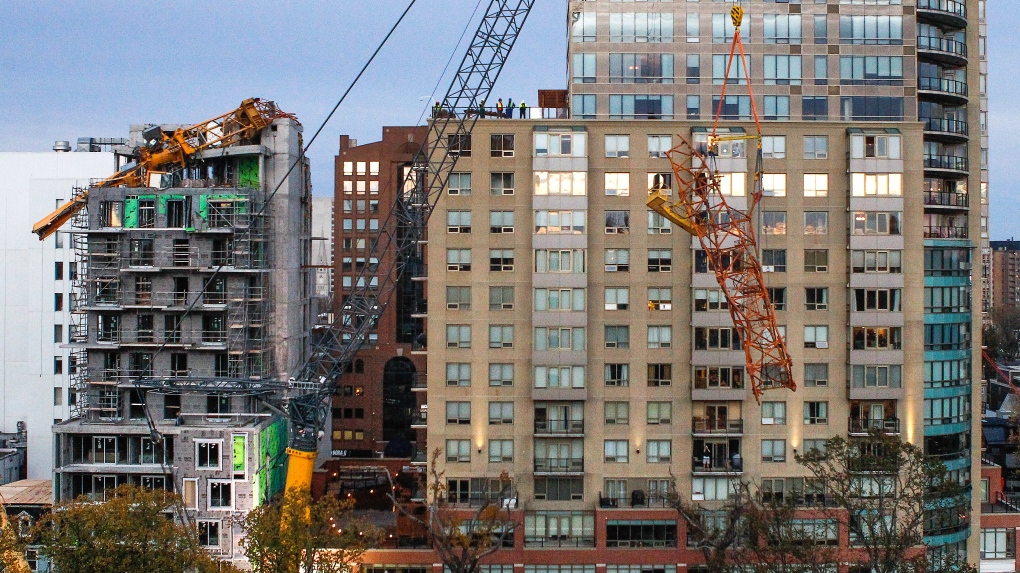 HALIFAX -- The localized state of emergency is over for a Halifax neighbourhood where a construction crane collapsed during post-tropical storm Dorian on Sept. 7.

Halifax Regional Fire & Emergency has lifted the evacuation order, which means people can go back into their homes and businesses for the first time in weeks.

The province says the crane and debris have been removed from the Olympus Building on South Park Street. Based on the advice of some engineering experts, they made the decision to end the state of emergency on Monday afternoon.

"Our main objective was to remove the crane as safely as possible so businesses and residents could get their lives back to normal," Chuck Porter, the minister responsible for the Emergency Management Office, said in a news release. "We all appreciate how challenging the last eight weeks have been. I want to thank everyone for their understanding and patience."

Halifax Regional Municipality says they will be doing repairs to roads and sidewalks on South Park and Clyde streets so there might still be some disruptions for residents and businesses.

"Barring any unforeseen issues, this work should be completed in approximately five days," the city said in a news release.

In a related development, the Nova Scotia Department of Labour and Advanced Education removed the stop-work order on the Olympus and Brenton Suites work site.

"The site is now the developer's responsibility," the province said in a news release. "A new order was issued today requiring additional documentation before work on the top floors that were damaged by the impact of the crane could resume. Work on other parts of the building can resume."

The Labour and Advanced Education department says the inspection of the crane and what factors may have contributed to the collapse remain are still ongoing.